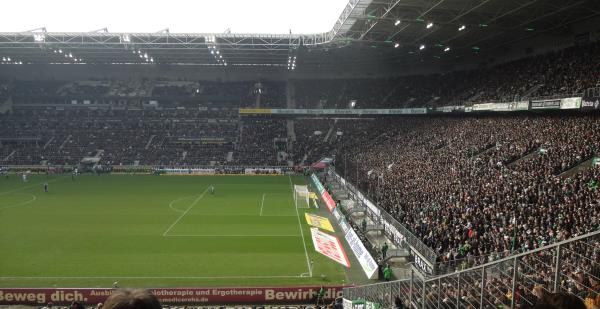 Following up on our round-up of the Dutch Eredivisie attendances, we continue with the German Bundesliga. The Bundesliga had a record breaking 2011-12 season with an average of 45,116 spectators per match, by far the highest in Europe.

Have they been able to pull off a similar feat this season? Here is our summary:

It is hard to identify a clear cause for this, though contributing factors might have been that ticket prices are not as cheap as the common perception is, that visitors may have been turned away by incidents with various dissatisfied fan groups, or simply that there has been relatively little competition at the top and bottom of the table (until the final day).

Whether this means that attendances are set to drop further or to bounce back is impossible to predict. But with on the one hand little stadium development being able to boost further growth and on the other a still very positive vibe surrounding the German game, one expects that attendances will find their medium-term equilibrium between 40,000 and 45,000. 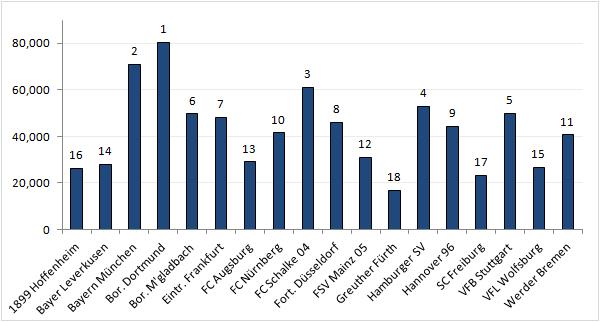 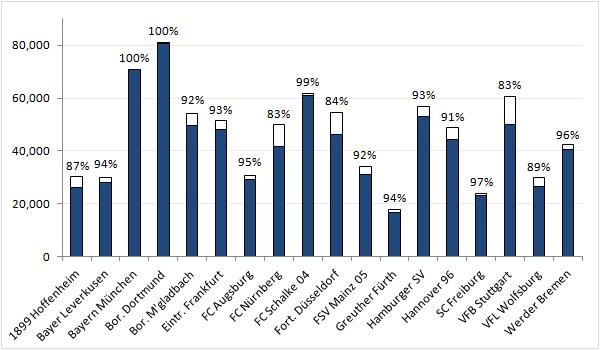 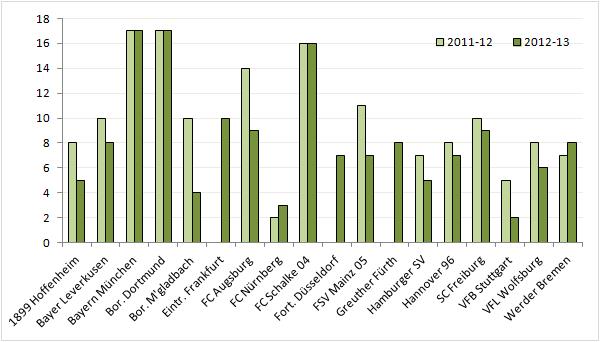 Chart 6: volatility of attendances (average attendance movement from one match to the next). 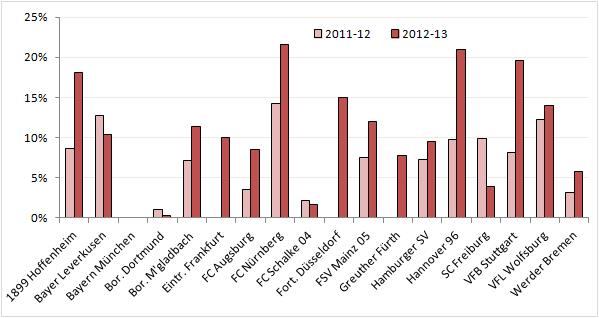 Table 1: appeal of clubs away from home (fill rate, position compared to other clubs, and extra spectator draw in absolute numbers)* 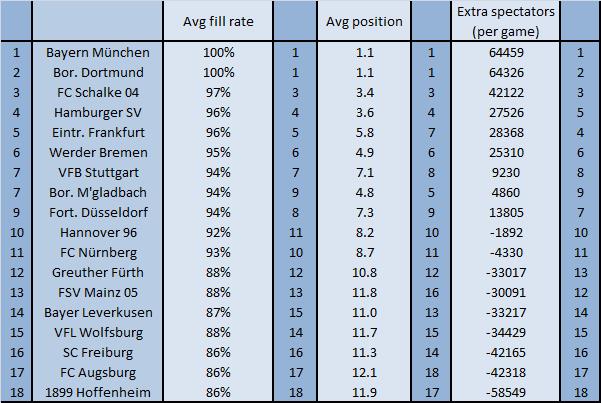 * read more about the methodology of above table here. 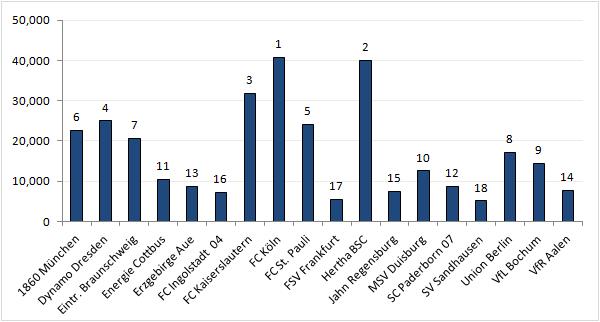