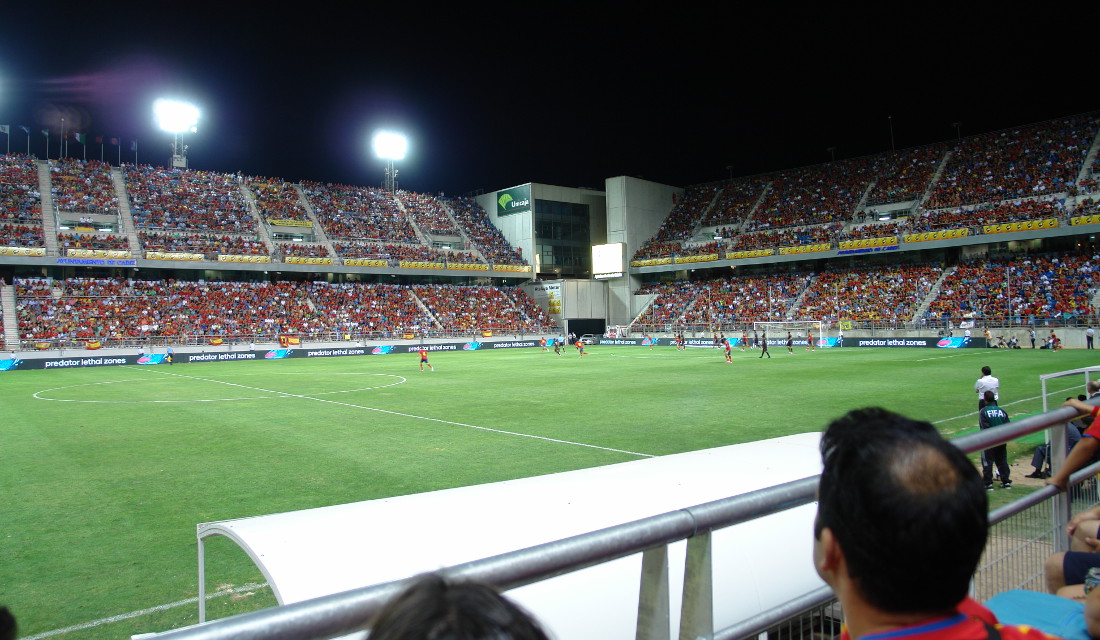 Estadio Ramon de Carranza officially opened on 3 September 1955 with a match between Cadiz and Barcelona (0-4). Previously Cadiz had played their home games at Campo Mirandilla closer to Cadiz’ historic centre.

The stadium underwent its first redevelopment in 1984, which increased capacity to 23,000 places, but by the turn of the millennium the stadium had significantly aged.

Cadiz therefore started developing plans to extensively redevelop the stadium, but these turned out to be way too ambitious as the club struggled financially.

More realistic plans were presented in 2002, and one year later works started on the construction of a new South Stand, and soon after the Preferencia stand on the long side followed.

Once completed, the second phase of the redevelopment involved the reconstruction of the North Stand in 2008, and finally in 2012 the new Main Stand was completed. The final result was somewhat scaled back from initial plans which envisioned roofs on all stands.

How to get to Nuevo Ramon de Carranza

Cercania (commuter train) station Estadio is located right next to the stadium. Trains tend to run once an hour between Jerez de la Frontera and Cadiz, stopping at Estadio. There are also one or two direct trains per day straight from Sevilla that stop at Estadio. The journey from Jerez takes about 40 minutes, that from Cadiz central about 5 minutes.

Cadiz tickets can be bought at the ticket windows of Estadio Ramon de Carranza in the week before the match and on the day of the match itself.

Cadiz has among the highest attendances in the segunda division, but doesn’t normally sell out.