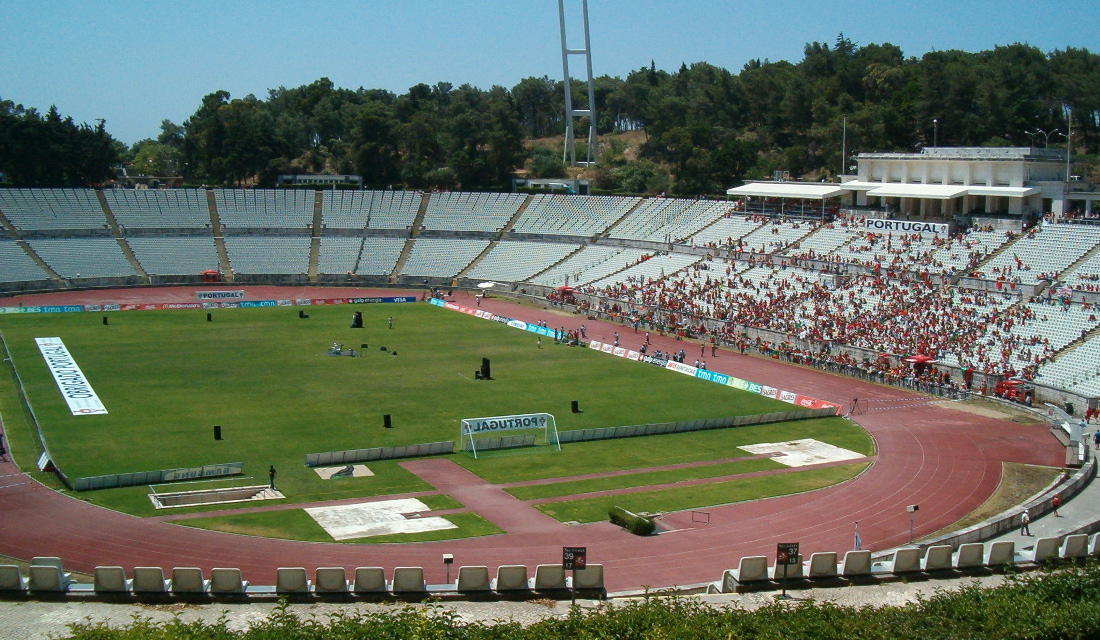 Estádio Nacional, often referred to as Jamor, is Portugal’s national stadium, though only gets used for the annual Portuguese Cup final these days.

Estádio Nacional got built to provide the country with a new flagship venue for sports and other public events. Construction started in 1939 and took a total of five years. It officially opened on the 10th of June 1944.

The stadium hosted its first Cup final in 1946 and has gone on to host the final up to today with only the odd diversion to Estádio das Antas or Estádio José Alvalade.

In 1967, Estádio Nacional hosted the European Cup final between Celtic and Inter (2-1).

The owner of the stadium, the Portuguese FA, have made tentative plans to renovate the stadium which has hardly changed since its inauguration. The status of any redevelopments is currently unknown though.

(photos of the present Estadio Nacional below)

Estádio Nacional is located in the Oeiras municipality west of the city of Lisbon.  It lies about 12 kilometres west of Lisbon’s historic centre, 5.5 kilometres from the Belém area, and about a kilometre inland from the Atlantic coast.

An alternative is taking a train from Cais do Sodré station in Lisbon’s historic centre. Take a train to Cascais and get off at Cruz de Quebrada. Trains run regularly though make sure to take one that stops in Cruz de Quebrada as not all do. The journey only takes 8 minutes.