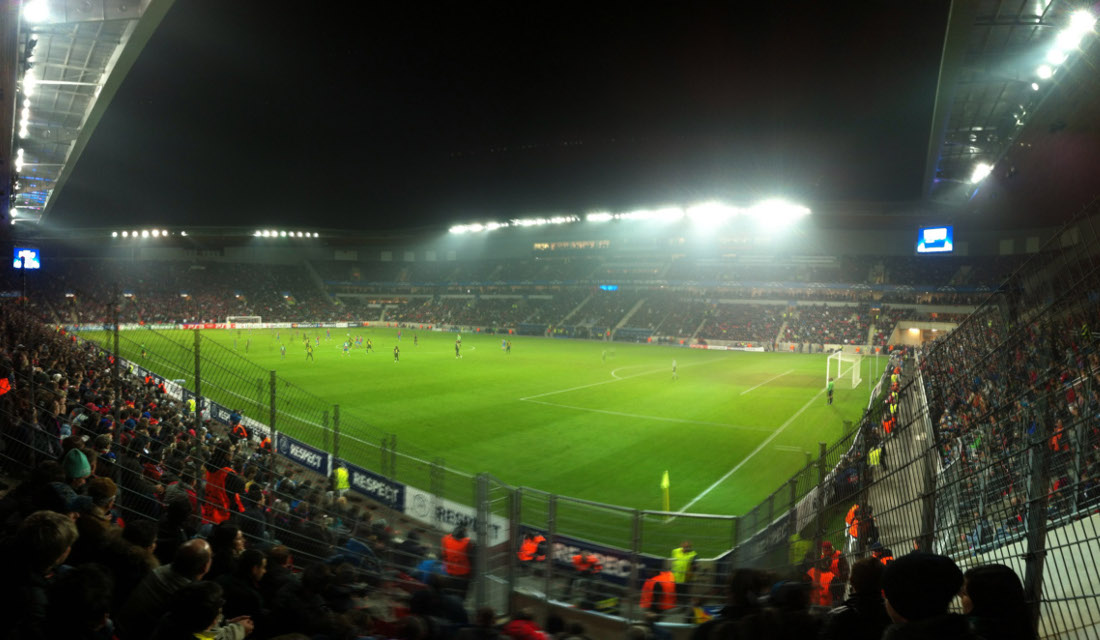 Sinobo Stadium, earlier called Eden Arena and Synot Tip Arena, was built to provide Slavia Prague with a new modern home. It was constructed in the place of Slavia’s old stadium that had opened in 1953.

First plans for the construction of a new stadium were made in the late 1980s and a start was made with demolition works, but works were cancelled when the communist regime collapsed and funding dried up.

Slavia played at the stadium for another decade, but were then forced to move away as it failed the requirements for top league football.

The Eden Arena officially opened on 7 May 2008 with an exhibition match between a selection of former Slavia players and Oxford University AFC (5-0). The first goal was scored by Vladimir Smicer.

The stadium was temporarily named Synot Tip Arena following a sponsorship deal, but referred back to its previous name from the summer of 2012. In 2018, the stadium got renamed Sinobo Stadium following a new naming rights deal.

In 2013, the Eden Arena hosted the UEFA Super Cup match between Bayern Munich and Chelsea (2-2). It was the first Super Cup match to be played away from Stade Louis II after UEFA decided for a rotating host.

How to get to Sinobo Stadium

Sinobo Stadium is located toward the south east of the city of Prague, about 4 kilometres from Prague’s historic centre and main railway station (Hlavni Nadrazi).

The stadium lies a 20-minute walk away from Prague Vrsovice train station, which has regular service with the main railway station and destinations toward the south and east of the city.

It is easier to reach the stadium by tram though. Lines 4, 7, 22, and 24 pass right by the stadium. Tram 22 and 24 are most useful from the historic centre. Tram 22 can, for example, be caught from Národní and Spálená street in the historic centre, and from Malá Strana on the west bank of the river. Tram 24 can be caught from Jindřišská street near the main railway station.

Sinobo Stadium is located in a predominantly residential area consisting of apartment buildings. You may find the odd place to eat along Vršovická avenue and right next to the stadium lies Shopping Centre Eden, which has a few coffee shops and restaurants, but eating and drinking in Prague’s old town will be much more pleasant.

The Exe Iris Congress Hotel is part of the Eden Arena, gets good reviews, and is very affordable. Hotel Slavia is a decent alternative at only a few minutes walking, and Hotel Mars is also not far away. Click here for all hotels near the Eden Arena.

Of course, you can just as well choose a hotel in Prague’s old town and catch a tram to the stadium.

Tickets for Slavia Prague games can be bought online via Ticketportal, at the ticket office at Sinobo Stadium from three days before the match, or through any of the Ticketportal sales points.

Tickets are also available at the stadium from a few hours before the start of the match. Slavia rarely sell out.