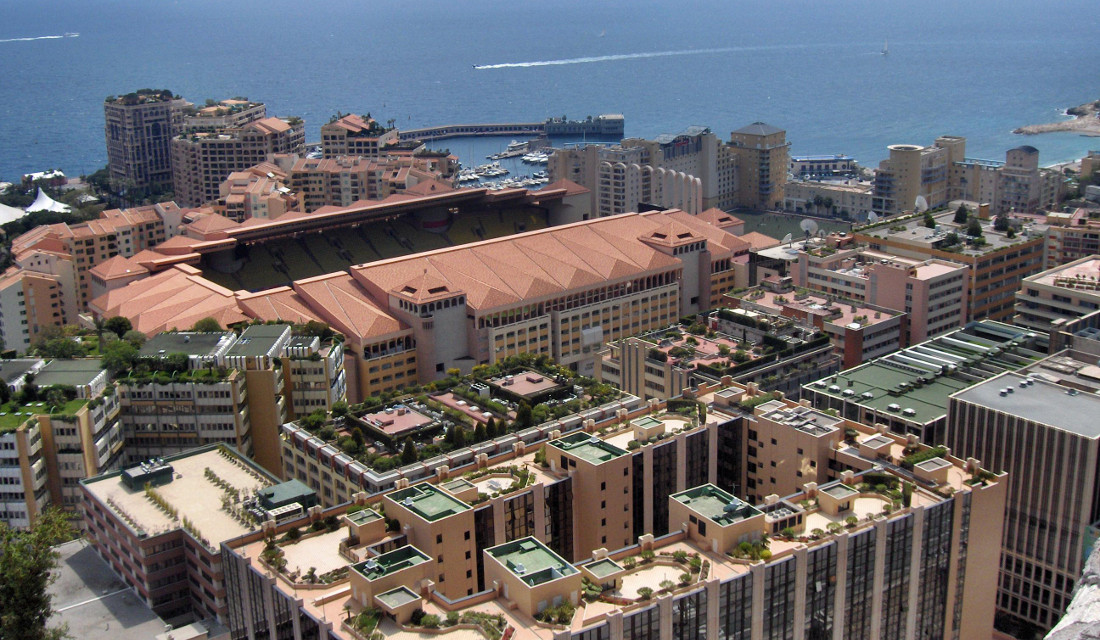 Stade Louis II got built in the early 1980s in place of Monaco’s old Stade Louis II. It officially opened on the 25 January 1985.

Stade Louis II was the host of the annual UEFA Super Cup encounter between 1998 and 2013 until UEFA decided to have the match played at a different venue each year.

The stadium is also regularly used for athletics events, including an annual IAAF Diamond League event.

How to get to Stade Louis II

Stade Louis II is located on the southern border of the little state of Monaco. It is just a 15-minute walk to the stadium from the Royal Palace, and a 30-minute walk from the casino.

Stade Louis II is located in a residential area mainly consisting of large apartment blocks. There are few eating and drinking establishments in the area, but the centre is just a 15-minute walk away and offers many more eating and drinking options.

There are three hotels located in the very near vicinity of Stade Louis II: Riviera Marriott Hotel, Le Quai des Princes, and Hotel Columbus, but, it being Monaco, neither comes cheap, and nor do most of the other hotels in Monte Carlo. You may therefore want to explore cheaper options in nearby Nice or Menton.

Tickets for AS Monaco games can be bought online, or at the club shop at the stadium.

Tickets are also available at the ticket windows of Stade Louis II on the day of the match. AS Monaco rarely sell out, even in a successful season.

Ticket prices depend on the opponent, but for a regular opponent range from €4.00 for a seat at one of the curves to  €25.00 for a seat at the main stand. Prices can be higher for a number of high-profile matches.