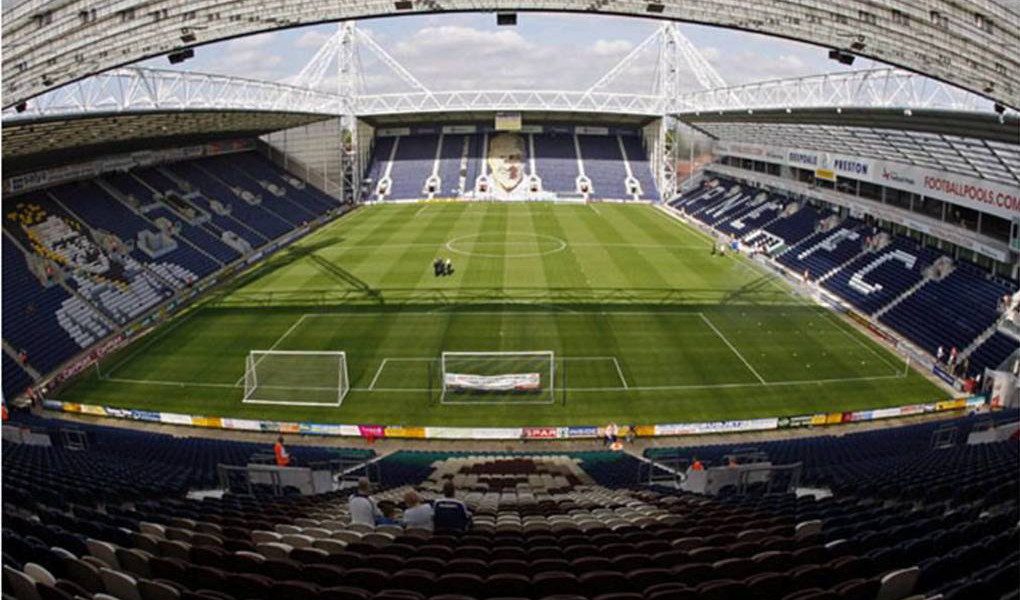 Deepdale has been the home of Preston since 1875, which makes it the oldest continuous professional football ground in the world.

By the turn of the century, Deepdale already was a relatively developed ground with a main stand and two open stands at the ends. Between 1921 and 1934 three new stands were built, starting with both stands behind the goals and concluded with the Pavilion Stand at the side.

The stadium could hold about 45,000 spectators at that time, and recorded its highest attendance of 42,684 in a league match against Arsenal in 1938.

Only smaller improvements were made in the next decades including the construction of additional roofs over the ends. In 1986, Preston was the first club to install an artificial pitch, a move widely criticised by fans, and in 1994 the club therefore reverted back to a natural pitch.

In 1995, Preston started a large redevelopment program inspired by Genova’s Stadio Luigi Ferraris, that would result in the entire reconstruction of Deepdale. First the Sir Tom Finney Stand was built in place of the old main stand, followed two years later by the new Bill Shankly Kop behind the goal.

In 2001, the other stand behind the goal, the Alan Kelly Stand, was completed, but it took until 2007 for the old Pavilion Stand to be demolished and replaced with a new stand, thus completing the transformation of Deepdale into a modern stadium.

How to get to Deepdale

Deepdale is located in the north-east of the small city of Preston at about 1 mile from the city centre and bus station, and half a mile further from Preston’s main railway station.

The walk from the centre takes a little over 20 minutes, that from the rail station can be done in 30 minutes. Alternatively, you can catch bus 5, 6, or 19 from the bus station in the city centre. The ride to the stadium takes only 5 minutes.

Tickets can also be bought at the ticket office at the stadium before the start of the match. Preston rarely sell out in the Championship.