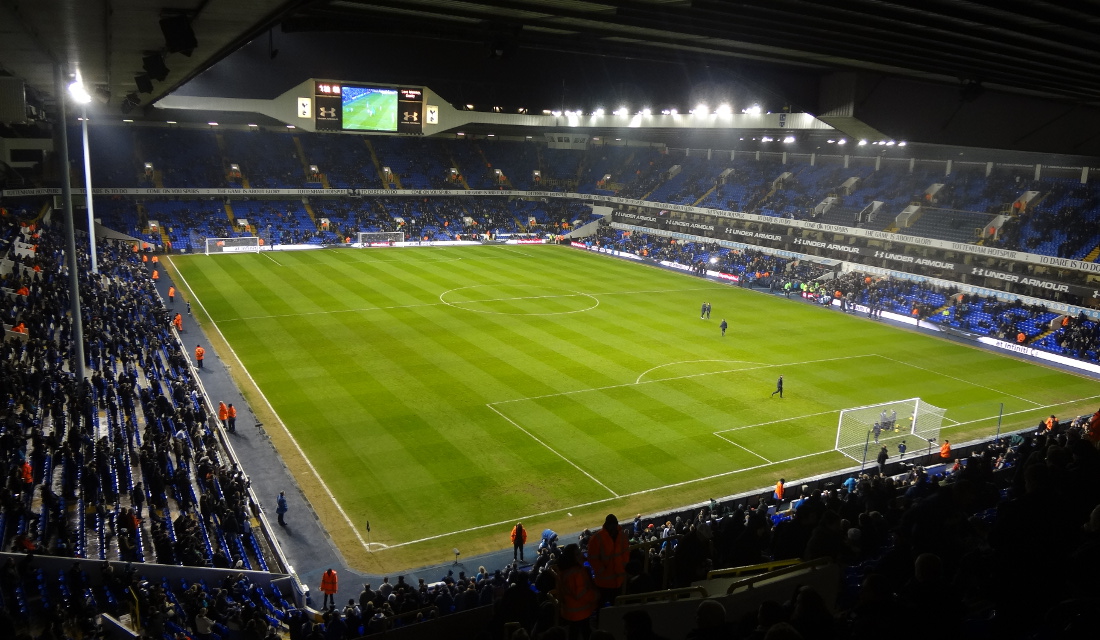 White Hart Lane was for 118 years the home of Tottenham Hotspur until it closed and got demolished in 2017 to make way for a brand new stadium.

Spurs moved to White Hart Lane in 1899, having outgrown their ground just down the road. They rented the new site from a brewery and brought a few mobile stands with them from the old ground.

White Hart Lane officially opened on 4 September 1899 with a match between Spurs and Notts County (4-1).

The ground was quickly expanded in the following six years: first with a covered main stand and then with wooden and banked terraces, resulting in a capacity of about 40,000 by 1905.

Redevelopments continued in the next decade when first Archibald Leitch was hired to design a new main stand, and a few years later a new covered East Stand was built. This got the stadium its rectangular shape and increased capacity to about 50,000 places.

White Hart Lane got further expanded in the early 1920s when two new covered terraces were built at both ends. In 1934, the East Stand was further developed and enlarged, resulting in a capacity of 80,000.

White Hart Lane welcomed a record crowd in 1938 when a total of 75,038 spectators attended a match between Tottenham and Sunderland.

The stadium remained largely unchanged for the next decades. Capacity started to slowly decline from the 1960s when parts of the terraces were converted into seating areas, though extra seats were created by linking up the West Stand with both ends.

The old West Stand was finally demolished in 1980 and replaced by a new all-seater stand, which opened in 1982. The East Stand got extensively renovated in 1989, which was followed by further refurbishments and the conversion of the stadium into an all-seater in the early 1990s.

The last change to the stadium was made in 1998 when a second tier was built on the Paxton Road Members Stand.

However, White Hart Lane remained a relatively small ground, and Spurs therefore started looking into various options to create a larger home, including expanding White Hart Lane, building a new stadium in its place, and even moving to the London Olympic Stadium.

The club eventually settled on building a new 62,000-seater stadium in place of White Hart Lane. Plans were first presented in 2008, but multiple delays meant that construction of the new arena did not start until 2016. During the 2016-17 season, parts of White Hart Lane were demolished to allow for the construction of the new stadium adjacent to the old one, and at the end of the season the stadium closed premanently and soon after got demolished.

Spurs moved into their new home near the end of the 2018-19 season after having played their home games at Wembley Stadium for over a season.