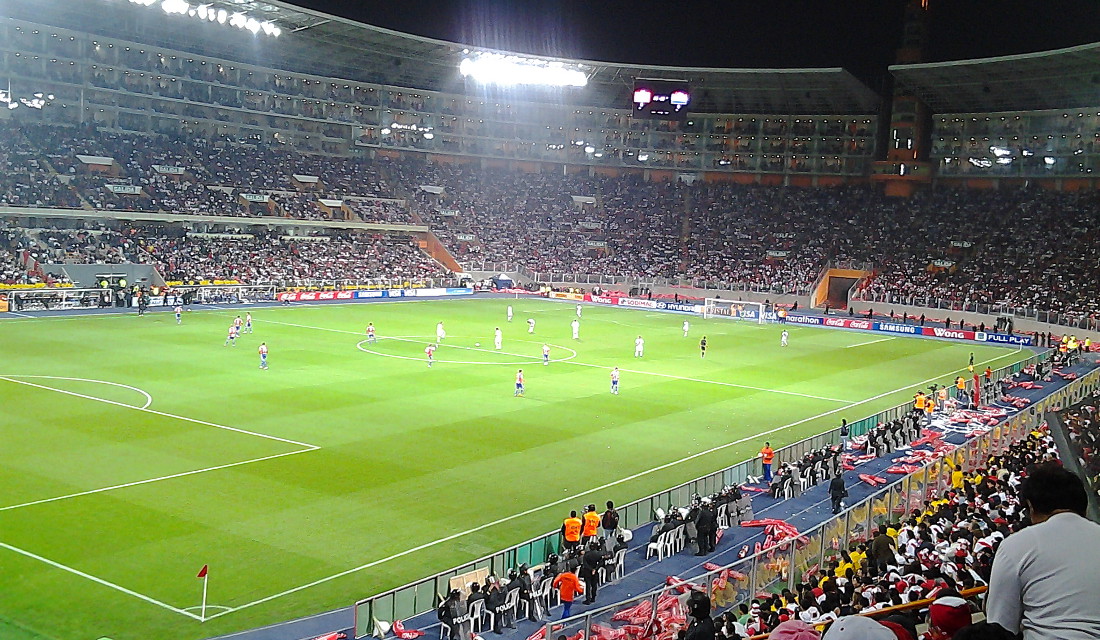 Estadio Nacional got built in the early 1950s and was part of a series of large infrastructure projects instigated by then-President of the country Manuel A. Odría.

The stadium officially opened on 27 October 1952 with a friendly international between the national teams of Peru and Bolivia (0-1).

Estadio Nacional was still largely uncovered back then, had an athletics track, and could hold just under 50,000 spectators.

In 1964, Estadio Nacional was the site of one of the worst stadium disasters in history, which happened during a Peru vs Argentina international. When the referee cancelled a goal toward the end of the match, riots broke out, which led to the police firing tear gas in the stands. The resulting stampede resulted in the death of over 300 fans.

While capacity got slightly reduced following the disaster, the stadium remained pretty much the same until a major redevelopment program was started in the late 2000s.

Between 2009 and 2011, rows of private boxes were added on top of the stands, a new roof and exterior were put up, and seats and internal facilities were upgraded. The stadium was reinaugurated on 24 July 2011.

Estadio Nacional is the standard playing venue of the Peruvian national team. While it hasn’t got a permanent club occupant, it regularly hosts high-profile games of local teams such as Sporting Cristal.

The Cruz del Sur bus terminal, which has connections to most other parts of Peru, lies about 3 kilometres south of the stadium just off the Paseo de la República.

Take a taxi or catch the Metropolitano fixed-lane bus line that runs along the Paseo de la Republica. The nearest station is Estadio Nacional directly next to the stadium.

The Metropolitano runs past many of Lima’s popular neighbourhoods, including Barranco and Miraflores in the south, and the historic centre towards the north. Make sure to catch a line that stops at Estadio Nacional (e.g. B, C, and 1) as not all do.

Estadio Nacional is located in a dense urban area along some of Lima’s principal avenues. Some of Lima’s main museums lie just north of the stadium, while the small Parque de la Reserva park lies right on the other side.

There are plenty of eating and drinking options in the area around the stadium, though for proper bars and nightlife it is better to head south to the Miraflores or Barranco areas on the Pacific coast.

If you need to catch a bus the next morning, staying close to the Cruz del Sur terminal at, for example, Daniel’s Apart Hotel is an option.

The historic centre gets a bit rough at night and may not be the best area to stay. The San Isidro area south of the stadium boasts many options though and is a short taxi ride away. The Miraflores  area is perfect if you stay a few more days in the city and want to enjoy Lima’s nightlife.