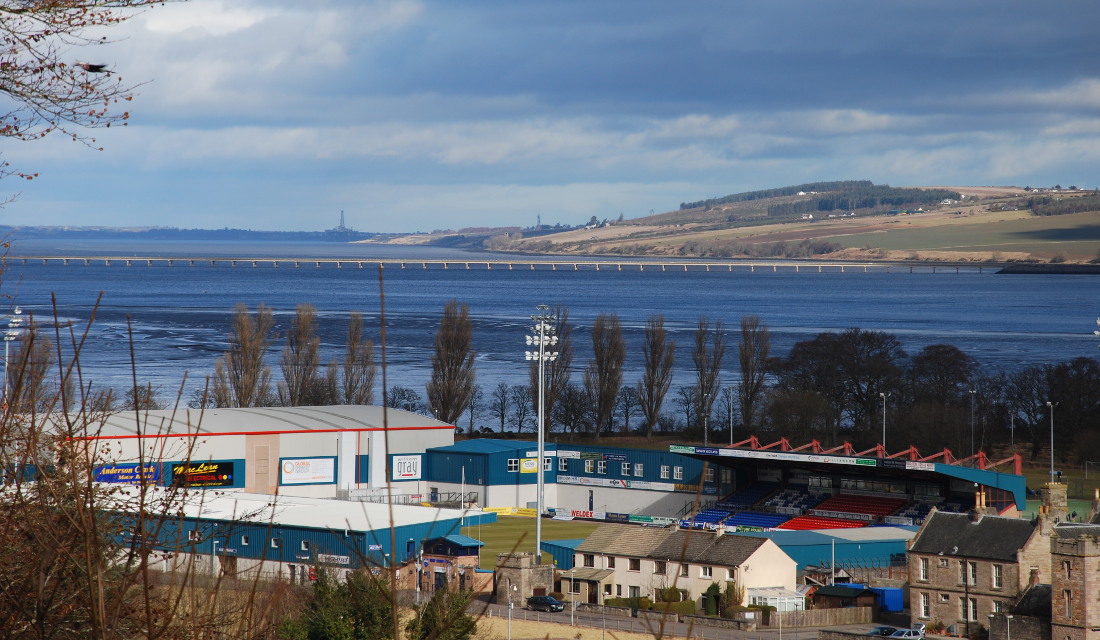 Global Energy Stadium, better known as Victoria Park, was built in 1929 at the same time when Ross County got formed out of predecessor Dingwall Victors.

Over its history, Victoria Park remained a very modest ground with a record crowd reported to be 8,000 for a Scottish Cup match against Rangers in 1966.

In 2012, when the club promoted to the SPL, Victoria Park could only hold 2,700, which meant it had to get expanded. As a result a new all-seater stand got built behind the goal and the east stand got extended over the entire side.

At the same time, the stadium got renamed Global Energy Stadium.

How to get to Global Energy Stadium

Global Energy Stadium is located in the village of Dingwall in the north of Scotland, roughly 13 miles north of Inverness.

The stadium is located just east of the town centre and local rail station. It’s a 5-minute walk from the station or high street to the stadium.

Direct trains connect Dingwall with Inverness. Trains run from twice and hour to once every two to three hours depending on the time of the day and the day of the week. Check timetables here. The journey takes about 30 minutes.

Buses can be an alternative for the train. Bus 25, 27, and 28 connect Dingwall with Inverness.

Tickets for Ross County games can be bought online, or at the club shop at Victoria Park.

Tickets can also be bought on the day at the stadium. Ross County doesn’t generally sell out save for the odd high-profile match.

Ticket cost either £20.00 for the Jailend behind the goal or £24.00 for all other stands. Prices are increased with £2.00 for a number of high-profile games.