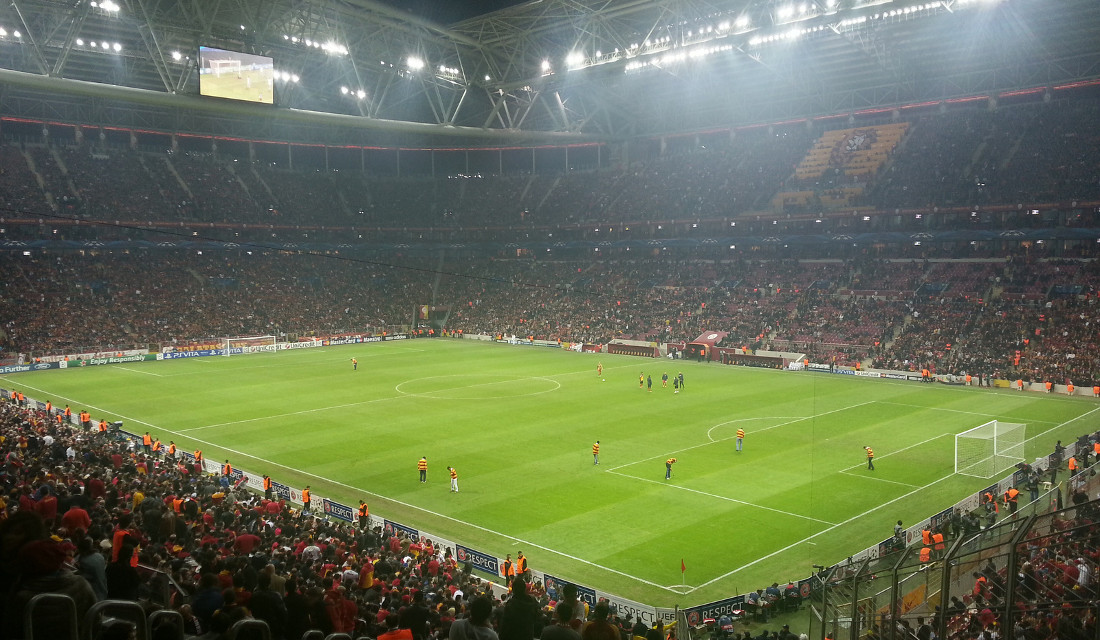 Construction of the Türk Telekom Arena began late 2007 and came at a cost of an estimated €160 million. The stadium officially opened on 15 January 2011 with a match between Galatasaray and Ajax (0-0).

The Turk Telekom Arena has a total of 5,500 VIP seats and a further 157 executive boxes. The naming rights of the stadium were sold to telecommunications firm Türk Telekom for a period of 10 years.

How to get to the Turk Telekom Arena

The Türk Telekom Arena is located on the northern edge of Istanbul, on the European side of the city close to the Levant and Maslak business districts. Istanbul’s historic centre lies about 12 kilometres away.

The arena is best reached by metro. Stop Seyrantepe, which branches off metro line 2, is a short walk away from the stadium. You can catch line 2 at station Sishane or Taksim at the northern edge of the city centre.

Eat, drink, and sleep near the Turk Telekom Arena

The Türk Telekom Arena is located next to a large motorway on the northern edge of the city. You might be able to find the odd place to eat or drink in the area on the other side of the motorway, but it is likely a better idea to do this in central Istanbul.

There are no hotels in the immediate surrounding of the stadium. If you plan to take a metro to the stadium anyway, there is little reason not to stay in central Istanbul. If you’ve come just for the match and plan on catching a taxi, you might find a hotel closer to the stadium in the Levant or Maslak business areas convenient.

The ArtDeco Istanbul Suites, Elegance Residence Istanbul, and (more expensive) Mövenpick are a few of the options in the Levant area, whereas there is a Sheraton in the Maslak area. Click here to browse the area of the Türk Telekom Arena for hotels, and here to see what’s available in central Istanbul.

Tickets for Galatasaray games can be bought online at Passo.com.tr.

As with all matches in Turkey, one needs to possess a Passolig card to be able to buy tickets and enter the stadium. In the case of foreigners this is a pre-paid card. One can apply for a card on the Passolig website.

Ticket prices range typically from TLR 35.00 for an upper-tier seat behind the goal or in the corners to TLR 287.00 for a middle-tier seat at one of the long sides.

Photos of the Turk Telekom Arena