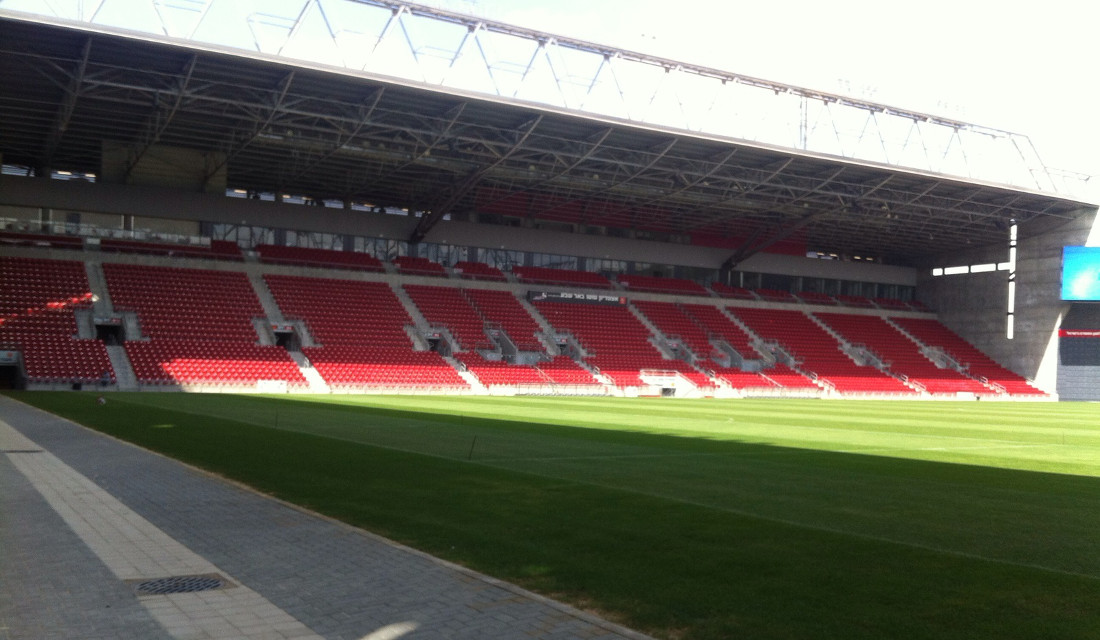 Toto Turner Stadium was built to provide Hapoel Beer Sheva with a modern home. Previously the club had played their home games at Vasermil Stadium, an open bowl with stands far off the pitch that lacked modern facilities.

Tot Turner Stadium opened on 20 September 2015 with a league match between Hapoel Beer Sheva and Maccabi Haifa (0-0). The stadium had come at a cost of ILS 250 million.

The stadium was named after former mayor of Be’er Sheva Yaakov Turner.

How to get to Toto Turner Stadium

Toto Turner Stadium is located on the northern edge of the city of Be’er Sheva (Beersheba) at roughly 4.5 kilometres from central Be’er Sheva, the railway station, and the bus terminal.

The stadium can be reached with bus 22, which runs from the central bus station in central Be’er Sheva.

On matchdays shuttle buses run from the old Vasermil Stadium and various other neighbourhoods (though non from central areas).

Tickets for Hapoel Beer Sheva games can be bought online through Ticket4U, by phone +972 (0) 8 8663300, at the ticket office at Turner Stadium, or at the Ticket4U sales office at 30 Rambat Street in Central Be’er Sheva.

Hapoel’s attendances have shot up since playing at their new stadium, and it is recommended to book in advance for high-profile matches.