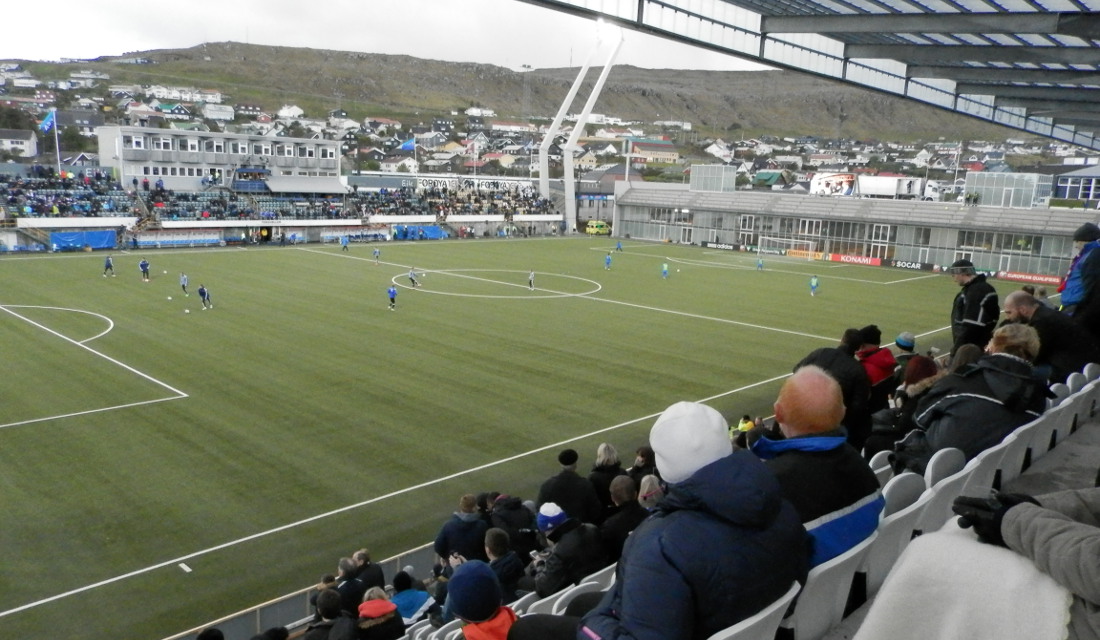 Torsvollur officially opened on 9 July 1999 with a friendly between the Faroe Islands national team and Danish side Aalborg. Over the years, various improvements have been made including the construction of additional cover and the installation of floodlights.

The stadium initially had natural grass, but switched in 2012 to artificial turf. The stadium has stands on three of the four sides, with an office building at one of the ends.

Besides being the home of the national team, Torsvollur also occasionally hosts European matches of the Faroe Islands clubs, though none play their league games at the stadium.

How to get to Torsvollur

Torsvollur is located in the north of the town of Torshavn, the capital of the Faroe Islands. The stadium lies less than a kilometre away from the town centre, which can be walked to in about 10 minutes.

Faroe Islands’ main airport, Vagar Airport, lies further away on Vagar island in the west, about 40 kilometres from Torshavn.

Eat, drink, and sleep near Torsvollur

Torsvollur is located towards the northern edge of the town of Torshavn, in a quiet area surrounded by other sports facilities, residential housing, green space, and some office buildings. Eating and drinking is best done in the town centre of Torshavn or at the SMS shopping centre on the way from the town centre to the stadium.

Click here for an overview of hotels in Torshavn.

Tickets for games of the Faroe Islands national team can be bought online.