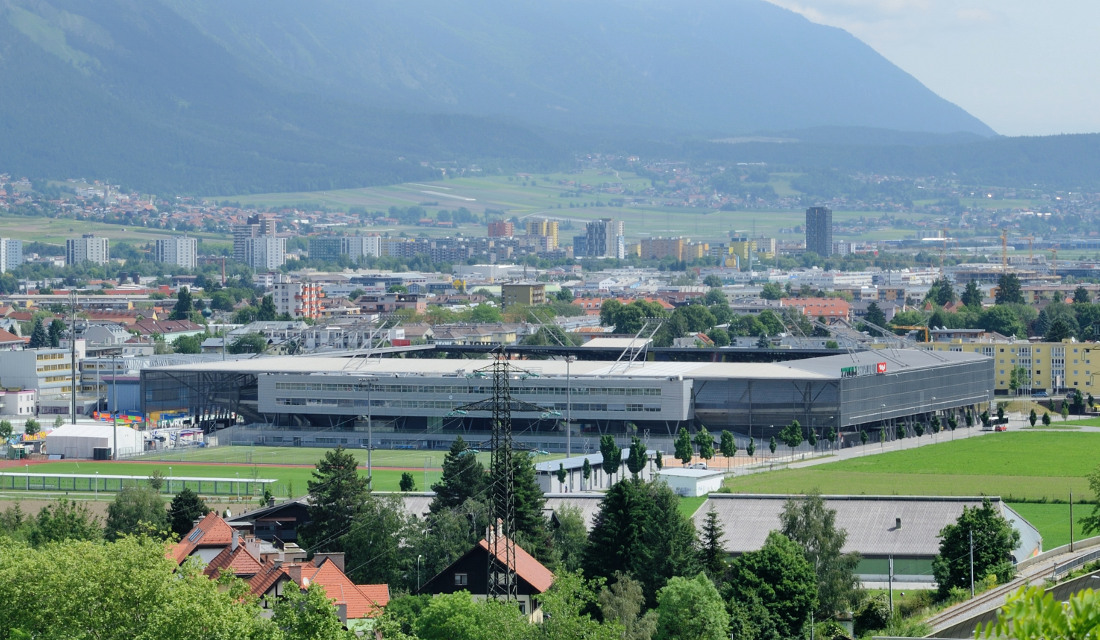 Tivoli Stadion Tirol, initially known as Tivoli Neu, was built in 2000 to replace Innsbruck’s old Tivoli-Stadion. The stadium officially opened on 8 September 2000 with a match between FC Tirol and Rapid Wien (1-0).

In 2002, Tivoli Neu was chosen as one of the playing venues of the Euro 2008 tournament and as a result had to get expanded. A second tier got built on both sides and one of the ends, raising capacity to 30,000 seats.

In 2011, Tivoli Neu got renamed Tivoli Stadion Tirol following a 10-year naming rights deal with the local tourist board.

In 2019, WSG Tirol moved into the stadium following their promotion to the Austrian Bundesliga as their traditional home, Gernot Langes Stadion, did not meet Bundesliga standards.

How to get to Tivoli Stadion Tirol

Tickets for Wacker Innsburck games can be bought online, at the club shop at Tivoli Stadion Tirol, at the Innsbruck tourist office at Burggraben 3 in the city centre, or at any of the Oeticket sales outlets.

Tickets are also available at the stadium on the day of the match. Wacker Innsbruck rarely sell out.