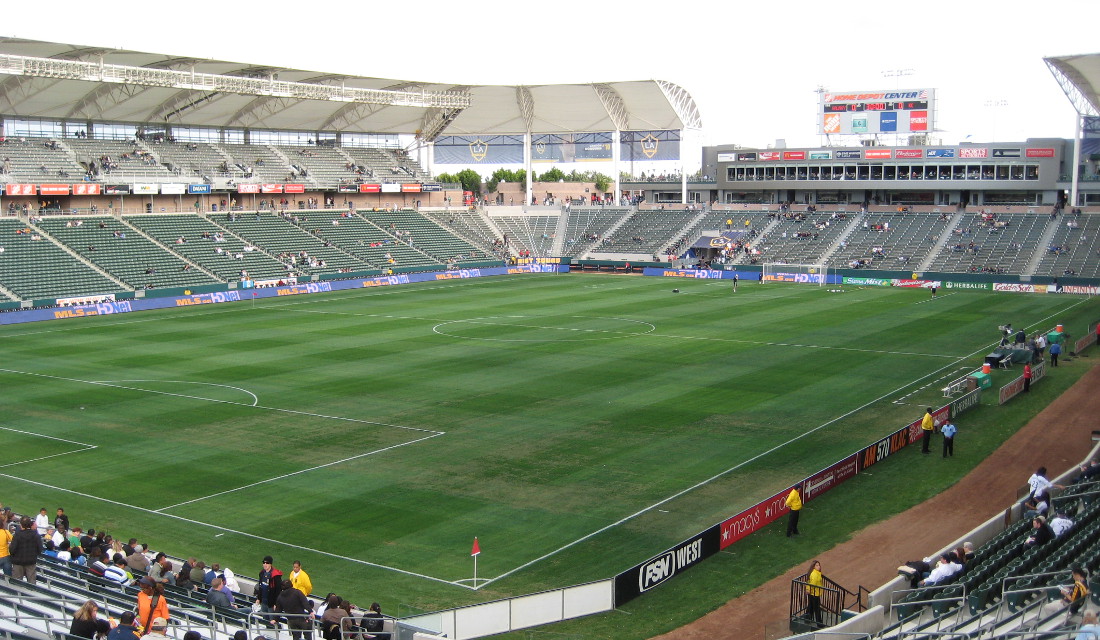 Dignity Health Sports Park, until 2019 known as Stubhub Center and until 2013 as The Home Depot Center, officially opened on 7 June 2003 with a match between the LA Galaxy and Colorado Rapids (2-0).

Between 2017 and 2019, Dignity Health Sports Park was the home of NFL side Los Angeles Chargers while awaiting the completion of the new Los Angeles Stadium at Hollywood Park.

How to get to Dignity Health Sports Park

If arriving from the north (LA Downtown, Pasadena, Glendale), take the 110 Freeway south, and, about 11 miles south of Downtown, the 91 Freeway east. A little over a mile later exit at Avalon Blvd. Turn left onto Avalon Blvd and again left on Victoria Street. The stadium and parking areas lie on the right side of the road.

If arriving from the north-west (LAX, Santa Monica, West LA), take the 405 Freeway south and exit for Vermont. Make a left onto 190th St. which becomes Victoria Street. Continue past Avalon Blvd. The stadium and parking areas lie on the right.

If arriving from the south (Long Beach, Orange County) take the 405 Freeway north and exit for Avalon Blvd. Turn right (north) onto Avalon Blvd. and again right onto University Blvd. The stadium and parking areas lie on your left.

Reaching Dignity Health Sports Park by public transport is not easy. The best way is arguably to take the metro silver line to Artesia Transit Center and take a bus or taxi from there. Bus 52, 205, and 246 pass by the stadium on Avalon Blvd or Victoria Street. The bus ride from Artesia Transport Center will take just over 5 minutes.

Bus 52 connects the stadium directly with downtown Los Angeles, however the area the bus passes through some rough areas hence care should be taken especially at night.

Tickets for LA Galaxy games can be bought online via axs.com.

Ticket prices depend on the opponent but expect to pay between $30.00 for a seat behind the goal and $91.00 for a central seat at the main stand.