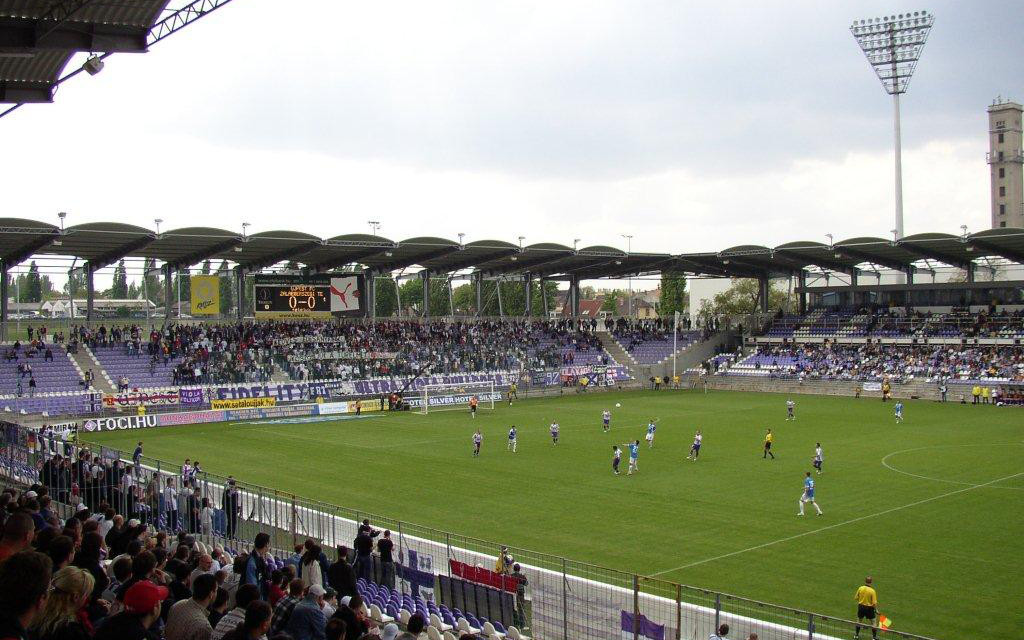 Szusza Ferenc Stadion was built in 1922 after Ujpest had been forced to find a new home when the rent of their previous ground was terminated.

The new concrete stadium, then called Megyeri Úti Stadion, had a capacity of about 20,000 places, and officially opened on 17 September 1922 with a match between Ujpest and FTC (2-1). It got further expanded in the early 1930s.

During World War 2, looters took much of the wood of the stadium, and it subsequently got further damaged when it was flooded in 1945.

Megyeri Uti Stadion was soon rebuilt though, and capacity was increased to 45,117. Several internationals were played at the ground until Ferenc Púskas Stadion opened in 1953. Ujpest also started playing their high-profile matches at the bigger stadium.

Small improvements were made in the following decades, but the stadium slowly fell into disrepair and capacity got reduced due to safety measures.

Ujpest therefore started an extensive redevelopment program, and between 1999 and 2001 the stadium got almost completely rebuilt into a modern all-seater.

Some further renovations were made in 2003, and the stadium was subsequently renamed Szusza Ferenc Stadion.

(photos of the present Szusza Ferenc Stadion below)

How to get to Szusza Ferenc Stadion

Szusza Ferenc Stadion is located in the Ujpest area in the north of Budapest at just a few hundred metres from the banks of the river Danube. It lies about 8 kilometres north of Budapest’s city centre.

The stadium is an approximate 20-minute walk away from metro station Újpest-Városkapu, which is on line 3. Line 3 can be boarded at several stops in the city centre, or reached with line 2 from Keleti railway station.

An alternative to the metro is bus 30-as, which can be taken from Keleti railway station. Take the bus toward Megyer and get off at Baross úta.

Tickets for Ujpest games can be bought online, or at the club office at Szusza Ferenc Stadion.

Tickets are also available at the ticket windows of the stadium on the day of the match. Ujpest hardly ever sell out.

Ticket prices for a regular match range from HUF 1,000 for a seat behind the goal to HUF 2,600 for a good seat at the main stand. Prices are increased for five high-profile matches to between HUF 1,500 and HUF 3,100.