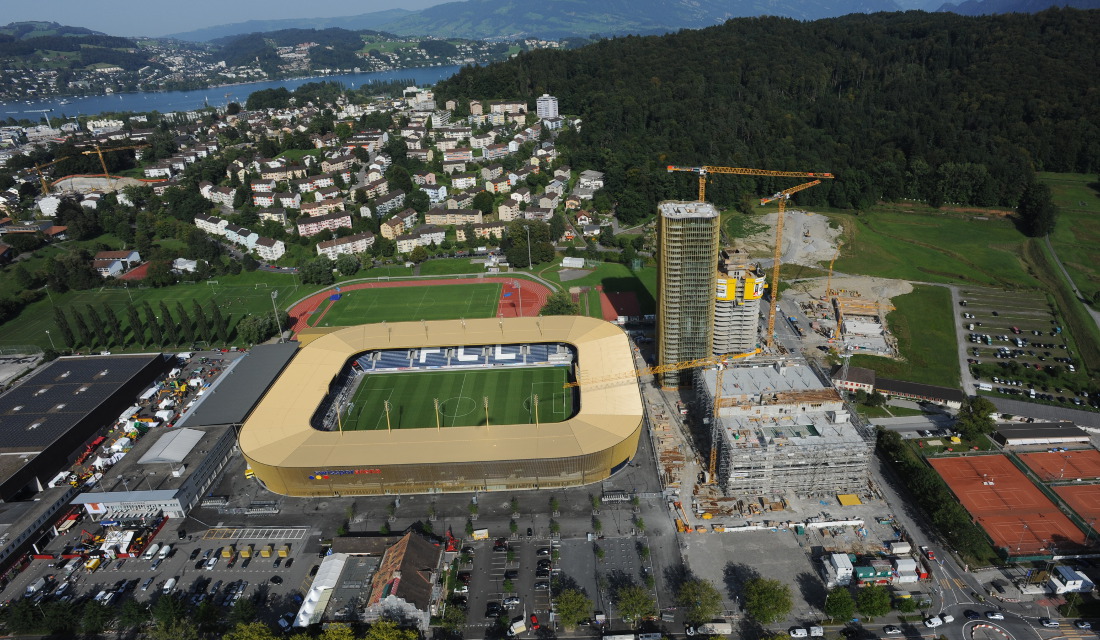 The swissporarena was built on the same site as Luzern’s old Stadion Allmend. Construction started in September 2009 and was completed almost 2 years later. Total costs of construction amounted to CHF 80 million.

The swissporarena officially opened on 3 September 2011 with a friendly between Luzern and Hamburger SV (2-2). A month earlier, on the 31st of July, Luzern had already played a first league match at the stadium against FC Thun (0-0).

How to get to the swissporarena

The walk from the southern side of Luzern’s city centre takes about 20 minutes.

Alternatively, take commuter rail (S-Bahn) line S4 or S5 from the main railway station, and get off at stop Luzern Allmend / Messe, which is right at the arena.

Another option is bus 20 from the main railway station or the Bundesplatz in the direction of Technikumstrasse. Get off at stop Allmend/Messe. Buses go four times an hour, the ride takes about 8 minutes.

Tickets for FC Luzern matches can be bought online, at the Fanshop at the stadium, or at the Neue Luzerner Zeitung at the Pilatusstrasse 12 (about 200 metres from the main railway station).

Ticket can also be bought at the stadium on the day from 90 minutes before the start of the match. Luzern will only sell out the odd high-profile match.