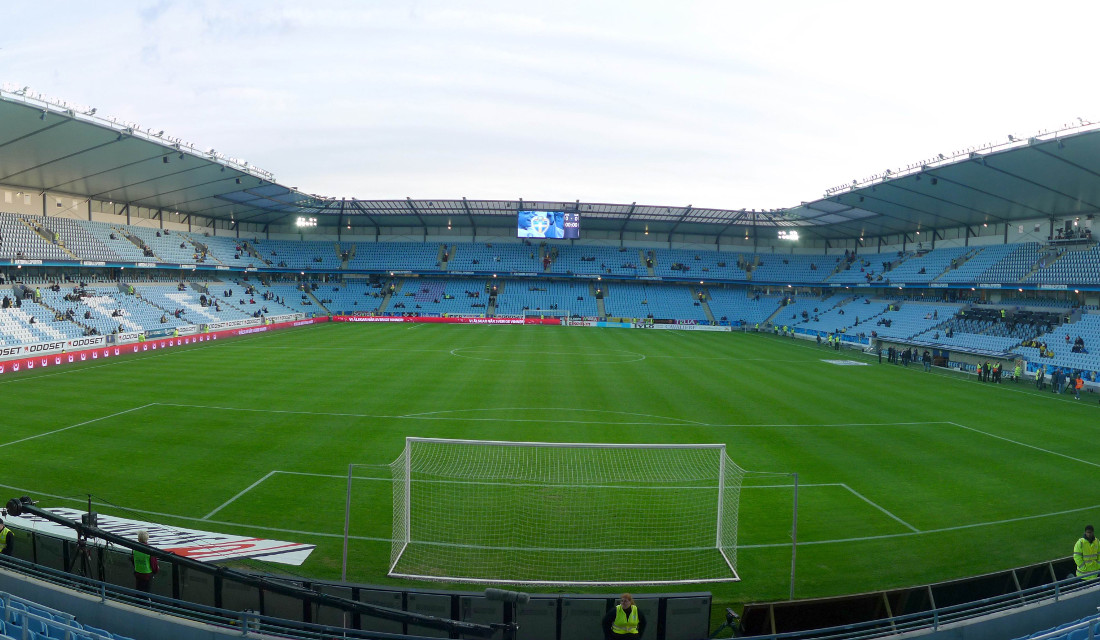 Swedbank Stadion got built as a modern replacement for Malmö’s old Malmö Stadion.

Plans for the new stadium, which was to be built adjacent to the old one, were approved late 2005 and building works started in April 2007.

Construction of the Swedbank Stadion was completed in early 2009, and it officially opened on 13 April with a league match between Malmö and Örgryte (3-0). The costs of construction had been SEK 695 million.

How to get to Swedbank Stadion

If arriving by public transport, take bus 3 from the main railway station in the direction of Malmö Värnhem. Get off at stop Malmö Stadion. The ride takes about 12 minutes.

Alternatively, take bus 5 in the direction of Malmö Hyllie Station. Get off after 15 minutes at stop Malmö Lorensborg. From there it’s a 10-minute walk to the stadium. Both buses run multiple times per hour.

Swedbank Stadion lies in a mainly residential area. It is bordered by a large park and surrounded by other sports facilities, among which Malmö’s old stadium that is still in use for athletics events.

While nearby Pildammsparken is pleasant on a summer’s afternoon, there is otherwise little around the stadium, and eating and drinking is best done in Malmö’s city centre.

If you wish to stay close to the Swedbank Stadium, Hotel Mercure Malmö will be your hotel of choice. It gets good reviews and is located only a few minutes walking away from the stadium. The cheaper Bosses Gästvåningar hostel is an alternative still at walking distance, while there are plenty of alternatives in Malmö’s city centre.

Tickets can also be bought at the ticket windows at the stadium on the day of the match. Malmö only sell out the occasional high-profile match.

Malmö FF have divided their home matches into three pricing categories. Tickets for the cheapest matches range in price from SEK 225.00 for a seat behind the goal to SEK 395.00 for a central seat at the main stand. These prices increase to between SEK 310.00 and SEK 595.00 for the most expensive matches. Standing costs either SEK 90.00, SEK 125.00, or SEK 150.00 depending on the category.