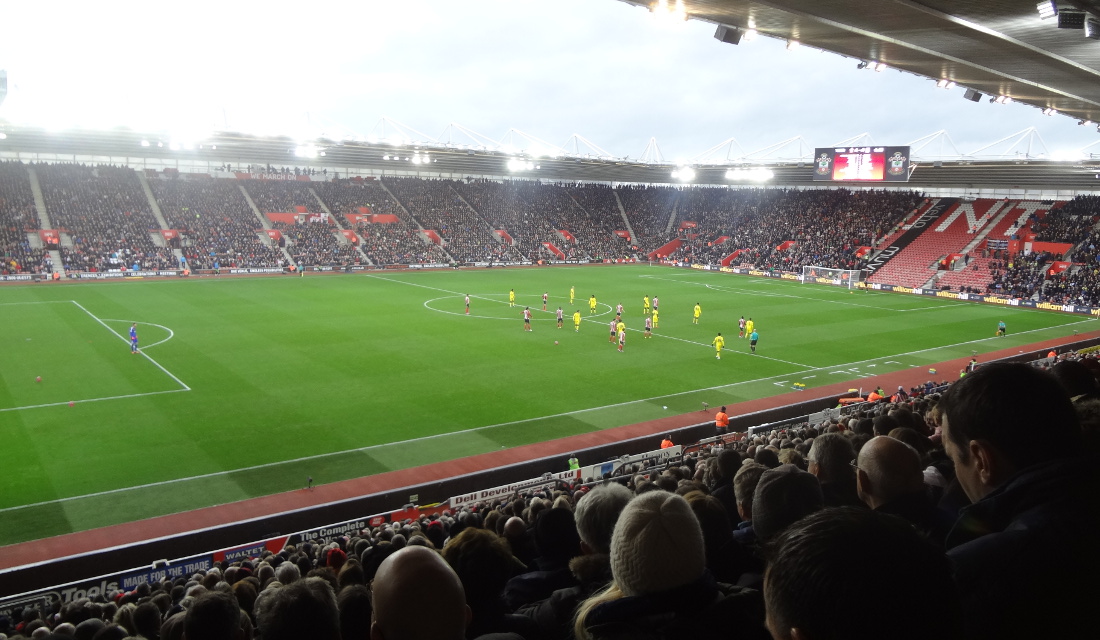 St Mary’s Stadium has been the home of Southampton since 2001 when the club moved away from The Dell, where they had played for the previous 103 years.

St Mary’s Stadium was built between December 1999 and July 2001 at a total cost of £32 million. It officially opened on 1 August 2001 with a friendly between Southampton and Spanish side Espanyol (3-4).

Until 2006, the stadium was called The Friends Provided St Mary’s Stadium as part of a sponsorship deal.

Saints have looked at the possibility of expanding St Mary’s Stadium in recent years, but have shelved these plans for the moment until the club consistently sells out.

How to get to St Mary’s Stadium

St Mary’s Stadium is located just east of Southampton’s city centre in the docks area on the west bank of the River Itchen. It is less than a mile – or 15 minutes walking – from Southampton’s High Street. The walk from Southampton Central Rail takes only a little longer.

On matchdays there is a shuttle service from the Central Rail Station and the Town Quay Ferry Terminal.

Parking is very limited near St Mary’s Stadium on matchdays, and roads around the stadium will be closed. One is therefore advised to park in the city centre and walk to the stadium.

St Mary’s Stadium is located in a rather unappealing area which is a mixture of docks and light industry, while being bordered by railway tracks and residential housing on the other side of the tracks. Eating and drinking is best done in the city centre, a reasonable 15-minute walk away.

There are no hotels right at St Mary’s Stadium, but the Premier Inn Southampton City Centre would surely be the pick if you wish to stay as close as possible to the stadium. On the way from the centre to the stadium, it’s located just a 10-minute walk from the stadium and gets good reviews. The Jurys Inn Southampton is a comparable alternative a little further away.

There is no wealth of hotels in Southampton, but click here for an overview of the other options around.

Tickets for Southampton games can be bought online, by phone +44 (0) 2381 780 780 (Ticket Hotline), at the Saints Store at West Quay Shopping Centre (in the city centre), or at the Ticket Office at the stadium.