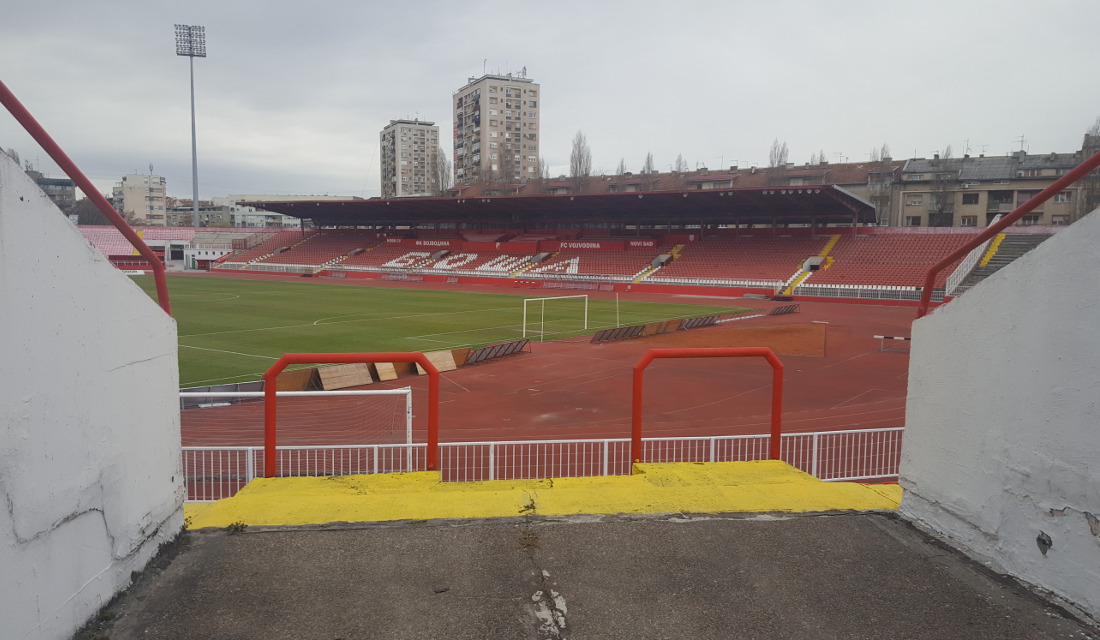 Stadion Karadorde opened on 28 June 1924, only ten years after the foundation of FK Vojvodina. The stadium got built on the site of an old velodrome and named Karadorde in honour of the leader of the first Serbian uprising, which celebrated its 120th anniversary.

The stadium got further expanded in 1931 and then again during World War 2, after which the city took ownership of the stadium and the name Karadorde was abolished.

Stadion Karadorde recorded its largest attendance of 35,000 in 1967 during a European Cup match versus Celtic.

In the next decades, small improvements were made, and in 1991 a new North Stand was built. In 2007, the stadium took on its former name again on initiative of the club. Further improvement were made in 2011 and 2013 to keep the stadium eligible for hosting European matches.

How to get to Stadion Karadorde

Stadion Karadorde is located in central Novi Sad just south of the city centre. It’s only a 10-minute walk from the main square in the old town.

Novi Sad’s main rail station is a little further away, about 2 kilometres or a little under half an hour walking. Frequent trains connect Novi Sad with Belgrade. The journey takes about one hour and 45 minutes.