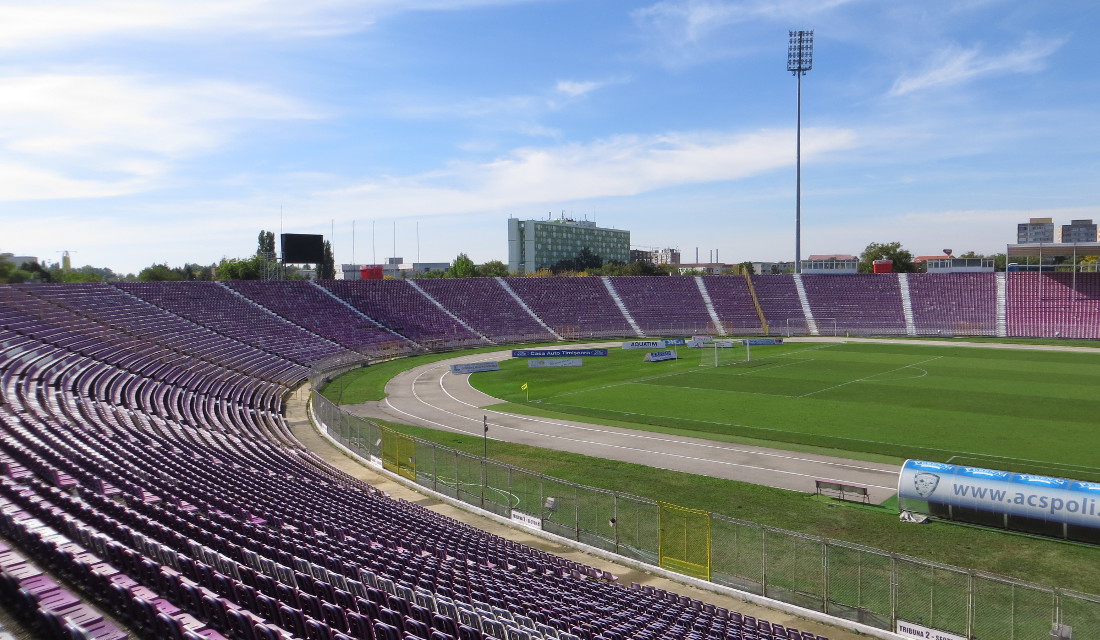 Originally the stadium could hold about 40,000 spectators, which got reduced in the 2000s when new seats were installed instead of the benches. Over the years, the stadium only received minor refurbishments.

How to get to Stadion Dan Paltinisanu

It takes about 25 minutes to walk to the stadium from Timisoara’s historic centre, or take tram 6 from Libertati Square. Tram 6 is a circular route so can be taken in either direction. Get off at stop Olimpia.

From the main railway station, get tram 8 or 9. If you take tram 8, get off at stop Olimpia, if tram 9, get off at Spitalul Judetean. Tram 8 is quickest and takes about 12 minutes to get to the stadium.