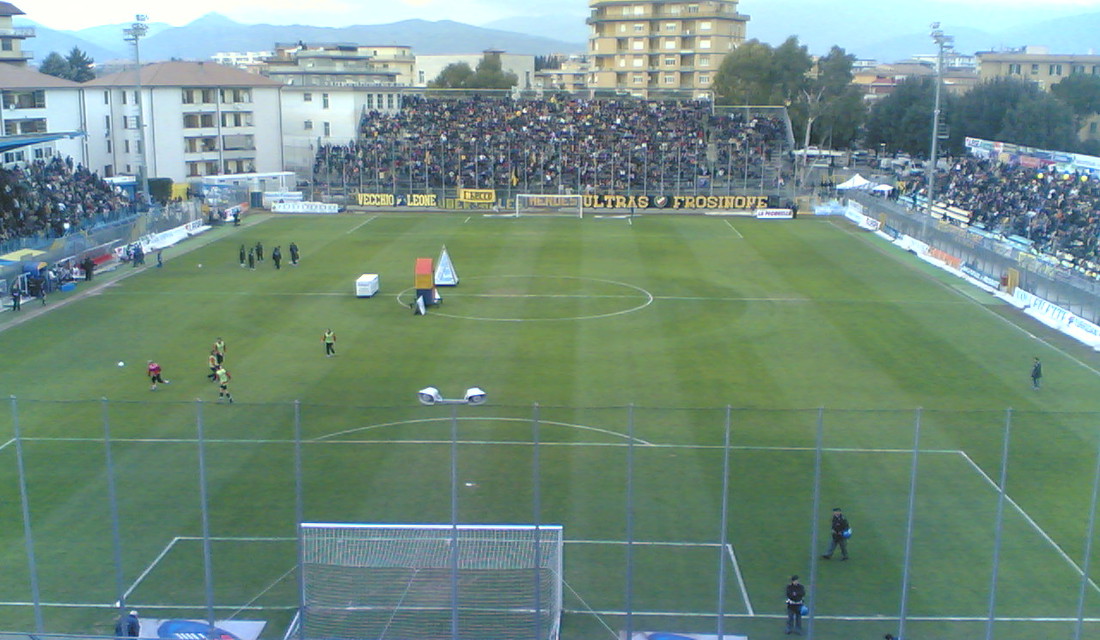 Stadio Matusa, in full Stadio Comunale Matusa, was built in 1932, but initially consisted of nothing more than a single stand and some embankments for standing. The stand received a roof in 1949, but the stadium remained a very modest structure for the next half a century.

In the late 1980s with promotion of the club to the Serie C, improvements were made to the stands on the long sides, and then to the curves in 2006 following promotion to the Serie B.

However, with the rise of Frosinone to the Serie A, Stadio Matusa proved to be inadequate for Serie A standards, and the club therefore presented plans to build a new stadium with a capacity of 16,000 seats at the site of the old Stadio Casaleno, incorporating the main stand of the old stadium into the new stadium design.

Stadio Matusa was located in the centre of the town of Frosinone, just west of the historic centre and south of the modern centre.