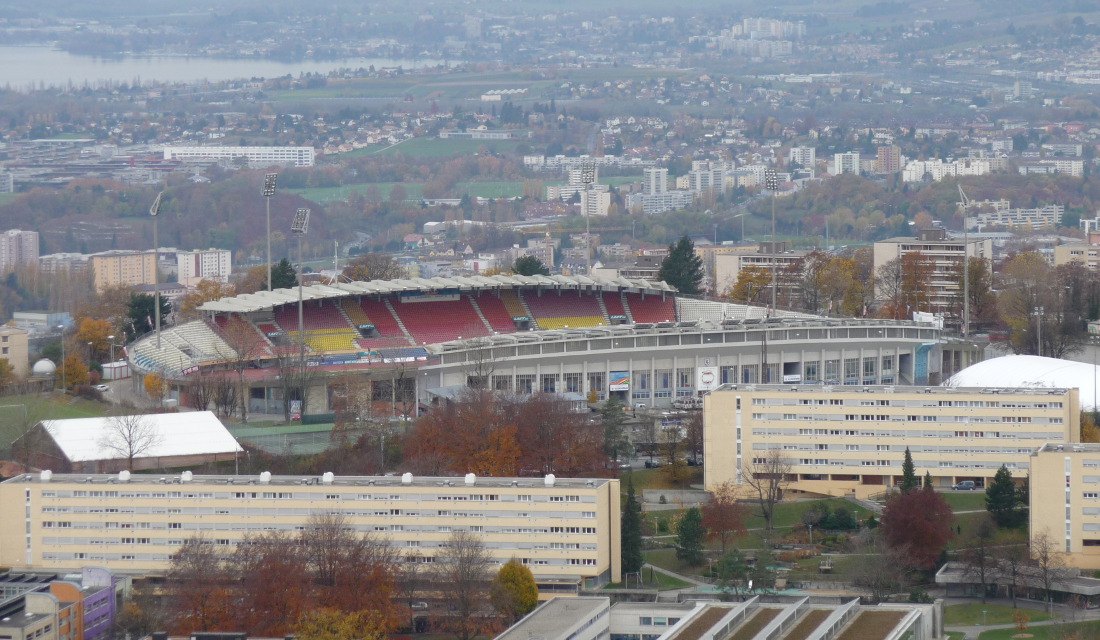 Stade Olympique de la Pontaise got built to serve as one of the playing venues of the 1954 World Cup. It got built at the site of the old Stade Olympique, which had first hosted football in 1904.

During the 1954 World Cup, Stade Olympique de la Pontaise hosted five matches, including the semi-final between Hungary and Uruguay (4-2).

Since the early 2000s, Lausanne have tried to either renovate the existing La Pontaise or move to a new home altogether. Various plans failed to get approval, but more progress has been made with their latest plans to build a new 12,000-seater stadium in the north of Lausanne, which they hope to move into in 2019.

How to get to Stade Olympique de la Pontaise

Stade Olympique de la Pontaise is located in the north of Lausanne at about 1.5 kilometres from Lausanne’s city centre and a little over 2 kilometres from the main railway station.

It takes a little over 20 minutes to walk to the stadium from the city centre. Alternatively, take bus 1 from the main railway station or from Rue Neuve in the city centre. Take the bus towards Blecherette and get off at stop Stade Olympique. Buses run frequently, the journey from the station takes about 15 minutes.

Tickets for Lausanne-Sport games can be bought online (also through Ticketcorner), or in person at any of the Ticketcorner sales outlets.

Tickets can also be bought at the ticket booths of the stadium on the day of the match. Lausanne-Sport don’t normally sell out.

Tickets cost either CHF 30.00 or CHF 49.00, both for the sides as the curves don’t tend to open for home fans. Tickets for a small block towards the corner for Lausanne’s fanatic fans cost €25.00.