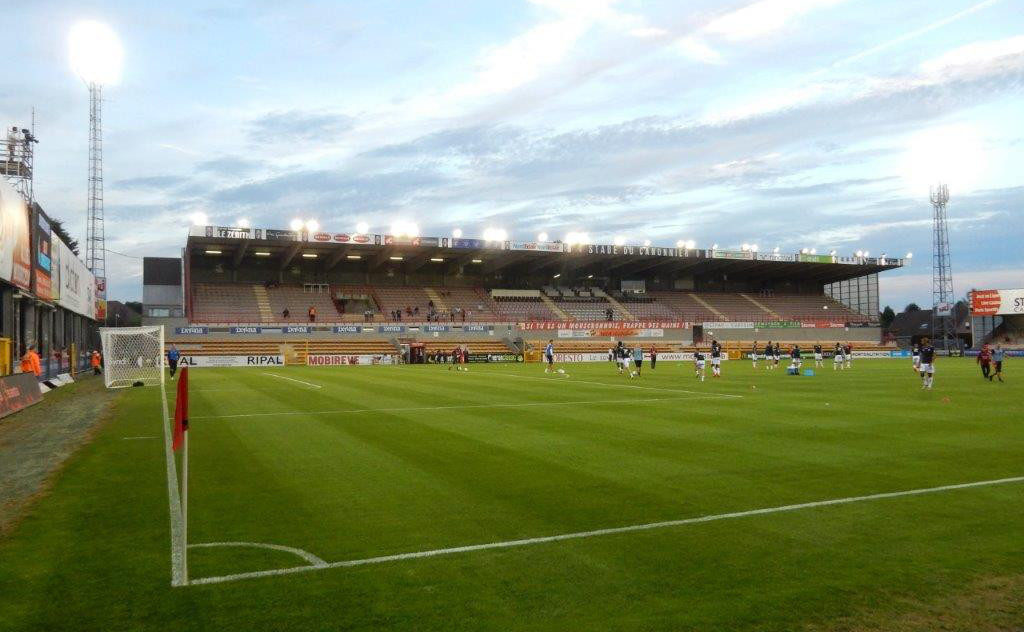 Stade du Cannonier, often abbreviated to Le Cannonier, opened in 1932, but Mouscron had already been playing at the site for two years.

The stadium opened in 1932 with a friendly match versus Cercle Bruges to celebrate the opening of a new grandstand. Additional terraces got built in 1947, but otherwise the stadium remained unchanged until the 1970s when various improvements were made.

Stade du Cannonier underwent multiple developments in the 1990s: first in 1990 when a new east stand got built, next in 1996 when the club promoted and had to make improvements to meet league requirements, and finally in 1999 when a new main stand got built.

How to get to Stade du Cannonier

Stade du Cannonier is located in the south of the small city of Mouscron, a few hundred metres away from the French border.

The stadium lies about 1.5 kilometres south of Mouscron’s city centre, and a similar distance from the rail station a little further east. The walk from either should not take more than 20 minutes.

Direct trains connect Mouscron with Antwerp, Ghent, and Lille in France. Trains run once every hour or other hour. From other destinations in Belgium usually a change in nearby Kortrijk is required.

Tickets for Excel Mouscron games can be bought online, or at the ticket office at Stade du Cannonier.

Tickets can also be bought at the ticket booths of the stadium on the day of the match. Mouscron doesn’t sell out often.