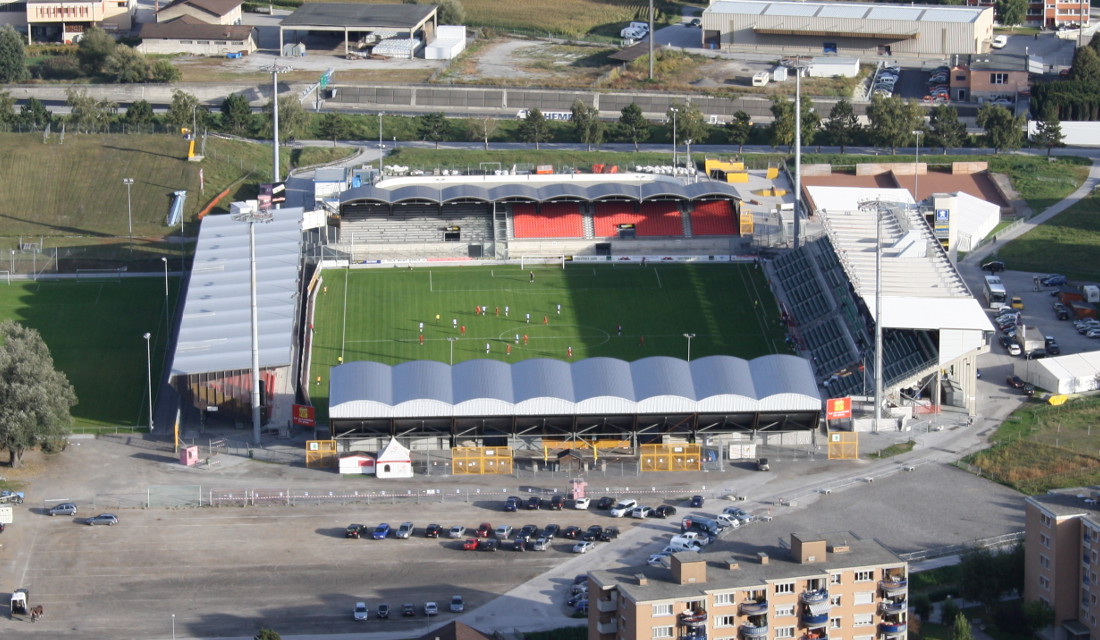 Stade de Tourbillon opened on 11 August 1968. It replaced Sion’s old Parc des Sports, a simple ground which had become too small after the club celebrated several successes from the late 1950s onwards.

The new stadium initially consisted of one large covered main stand, a smaller covered stand on the other side, and two small uncovered stands on both ends.

Stade de Tourbillon remained unchanged until 1986, when the club embarked on a gradual redevelopment program that would take until 1996 and included the construction of new covered stands.

In recent years, the stadium has undergone some minor refurbishments to keep it eligible to host European matches.

How to get to Stade de Tourbillon

Frequent direct trains connect Sion with Geneva in the west and Brig in the east. The journey from Geneva takes just under 2 hours, that from Brig a little over 30 minutes. From other major Swiss cities a change in Visp is required. Expect a journey between 1.5 and 2.5 hours.

Stade de Tourbillon is located in a fairly quiet residential neighbourhood. There isn’t much around in terms of eating and drinking, but Sion’s charming town centre isn’t too far away.

Click here to explore the hotels near Stade de Tourbillon and Sion.

Tickets for Sion games can be bought online, or at any of the Ticketcorner sales outlets.