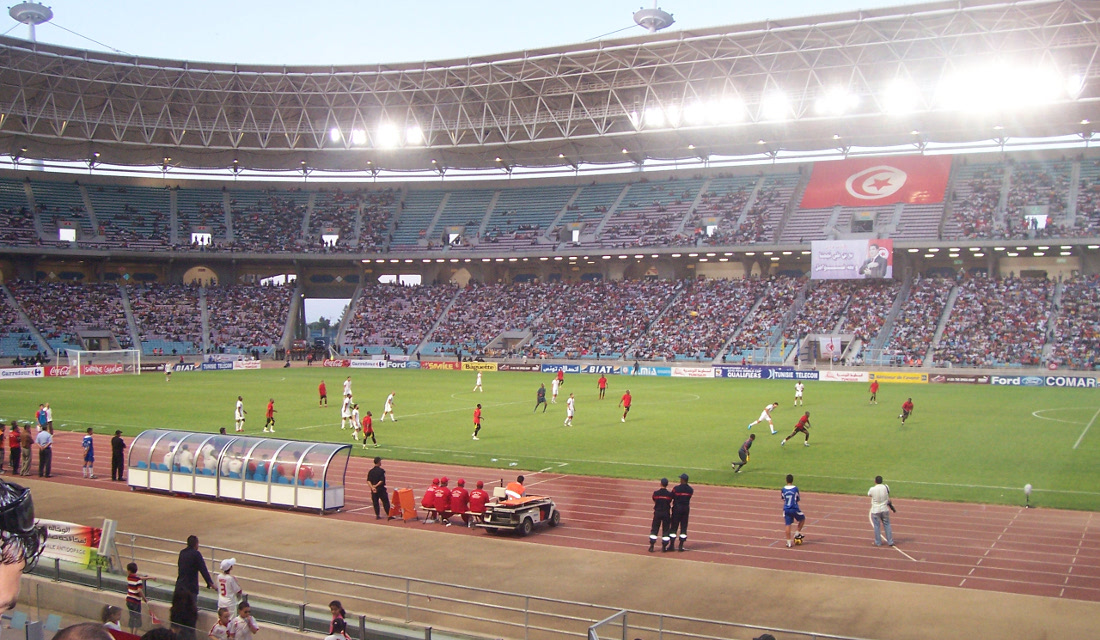 Stade de Rades, also known as Stade Olympique de Rades, got built to serve as the flagship venue for the 2001 Mediterranean Games.

The stadium officially opened on 6 July 2001 with the Cup Final between Hammam and Sahel (1-0), and subsequently became the home of ES Tunis, who moved to the new ground from Stade El Menzah, though they still regularly play at their old ground.

Stade de Rades is also the regular playing venue of the Tunisia national team and is used by other teams such as Club Africain for high-profile games.

How to get to Stade de Rades

The nearest rail station is Rades Meliane, however it is still a 30-minute walk to the stadium. Rades Meliane is on the local line from Tunis Ville to Erriadh with very regular departures. The journey takes a little over 15 minutes.

Otherwise, it is easiest to take a taxi or inquire locally about bus connections that can get you closer to the stadium.

Tickets for ES Tunis games can be bought at the club’s ‘Parc B’ office and training ground in Tunis’ modern city centre near the Cite de la Culture complex and Nelson Mandelo metro station, or at the ticket windows of Stade El Menzah towards the north of the city but easily reached by metro (station Cite Olympique), though not necessarily at both locations for each match.

Tickets tends to go on sale two days before the match.

Ticket prices can depend on the opponent but expect to pay from TND 7.00 for a seat behind the goal to TND 30.00 for a seat at the main stand. Prices go up to between TND 12.00 and TND 50.00 for the higher-profile matches.