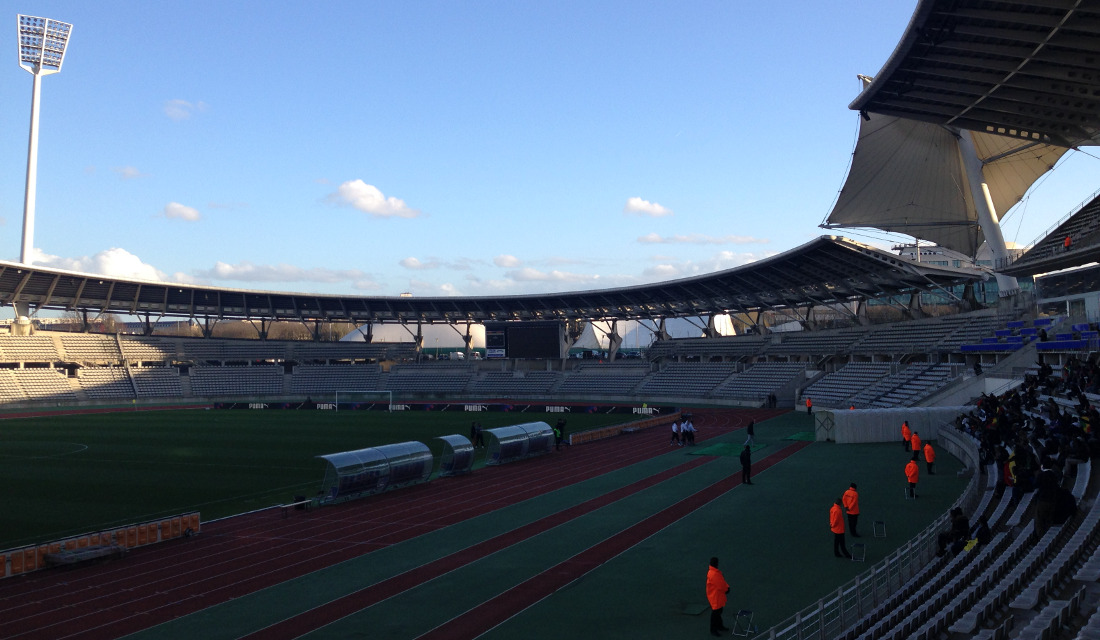 Stade Charlety, in full Stade Sébastien Charlety, got built in 1939 to serve as the new home of rugby club PUC.

While the stadium had been inaugurated in 1939, works continued during and after World War 2 to complete it. Towards the end of the war, Stade Charlety was the first major landmark to be liberated from Nazi Germany by the allied forces.

The stadium hosted the Paris University Games in 1957, and over the years hosted various other sports and non-sports events. However, by the 1980s, the stadium had fallen into disrepair and had to get demolished after the pitch was found to be contaminated.

A new stadium was built in its place, which opened in 1994. Initially, the stadium mainly hosted rugby and athletics events, but in 2000 it became the permanent home of Paris FC, which had already played a season at the ground in 1999.

How to get to Stade Charlety

Stade Charlety is located in the south of Paris, just north of the Peripherique ring road. It lies a little over 3 kilometres south of the Jardins du Luxembourg and 4 kilometres from the Latin Quarter and the Notre Dame.

While the stadium could about just be walked to from above destinations (30 to 45 minutes), it is also easily reached by public transport.

RER station Cite Universitaire lies a 5-minute walk away from Stade Charlety. It is on RER line B which runs through central Paris with stops at the Notre Dame, Chatelet Les Halles, Gare du Nord railway station, and further north Stade de France.

Alternatively, it is 15-minute walk from metro station Porte d’Italie, which is on line 7 that runs through other parts of central Paris.

Tram T3a furthermore runs straight past the stadium and can useful if you’re coming from certain southern and eastern parts of Paris.

Tickets for Paris FC matches can be bought online.

Tickets can also be bought before the match at the ticket windows of the stadium. Paris never sell out.