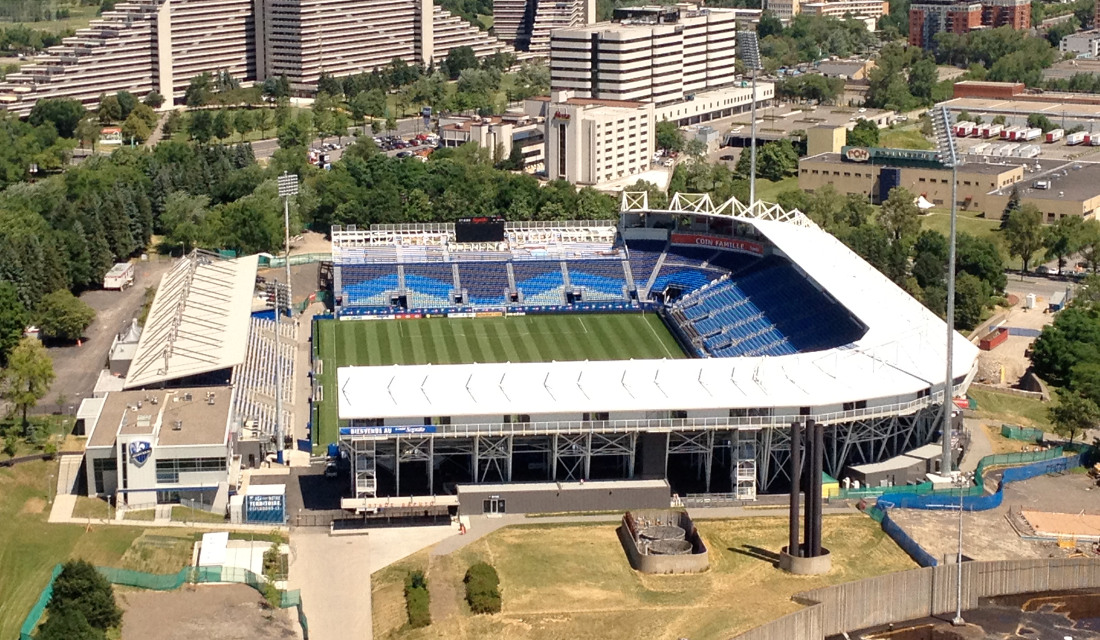 Stade Saputo got built in 2007 to serve as the new home of the Montreal Impact, who were back then still playing in the NASL.

The stadium came at a cost of CA$ 17 million, of which CA$ 7.5 got donated by the Saputo family, owners of the Impact. As a result the stadium would carry the name Saputo.

Stade Saputo officially opened on 19 May 2008 with a match between the Impact and Vancouver Whitecaps. It could initially hold just over 13,000 spectators, but when the Impact got selected as an MLS expansion team in 2010, a stadium expansion was part of the deal.

Building works started in 2011 and included the addition of 7,000 seats, increased and improved corporate facilities, and a roof that covers about 30% of the seats.

As works had not been completed before the start of the Impact’s inaugural MLS season, the club played their first home matches at the adjacent Olympic Stadium. They played their first match at the renovated Stade Saputo on 16 June 2012 against the Seattle Sounders (4-1).

How to get to Stade Saputo

It is part of the Montreal Olympic Park that also includes the Olympic Stadium.

The stadium lies at short walking distance from metro station Viau. Station Pie IX is also located in the vicinity. Both station are on metro line 1, which passes right through downtown Montreal. The ride takes just over 10 minutes.

Tickets for Montreal Impact games can be bought online.

Ticket prices range from CA$29.00 for a general admission seat behind one of the goals to CA$89.00 for a central seat at one of the long sides.

The Impact play the occasional high-profile game at the next-door Olympic Stadium.