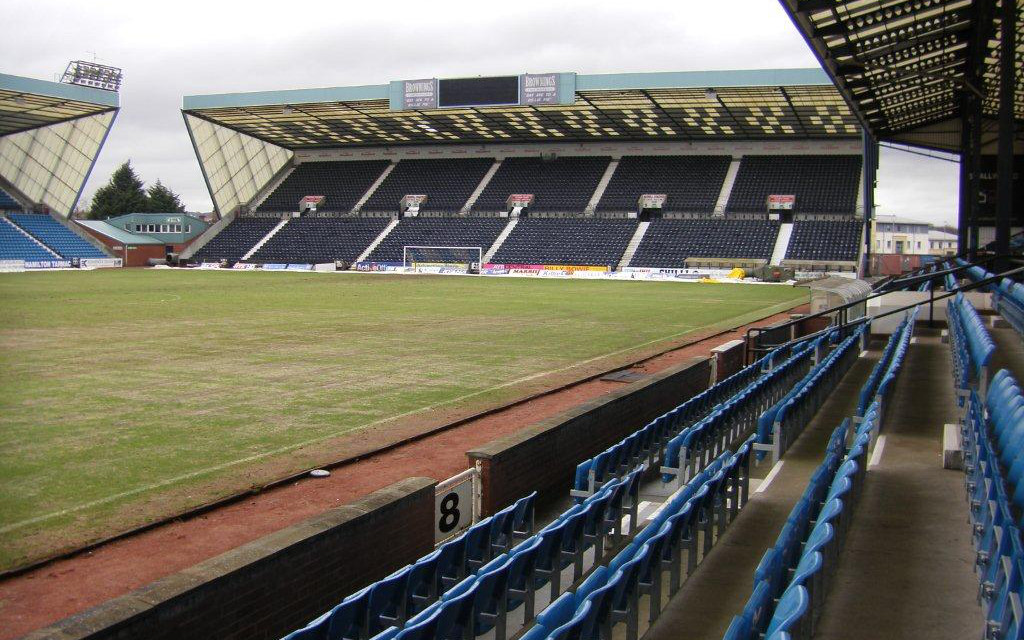 Rugby Park opened in 1899 as the fourth ground of Kilmarnock FC. The name Rugby Park had been brought from their previous ground, which had been used for football as well as rugby matches.

The first match at the new Rugby Park was a friendly between Kilmarnock and Celtic on 1 August 1899. It ended in a 2-2 draw.

Rugby Park was initially an oval-shaped ground, and by World War 2 consisted of one covered main stand and terraces on the other sides, of which one end was partly covered.

The stadium underwent its next developments around 1960 when first a roof was added to the eastern terrace and next the main stand got rebuilt.

By the mid-1990s, Rugby Park had significantly aged and a major redevelopment was required to be able to keep playing in the top division.

Demolition works started in the summer of 1994, and over the next season three new stands got built with only the main stand left standing.

How to get to Rugby Park

Rugby Park is located toward the south-west of the town of Kilmarnock. The walk from the town centre and rail station takes 10 to 15 minutes.

Tickets for Kilmarnock matches can be bought at the ticket office at the stadium, in advance or on the day of the match.