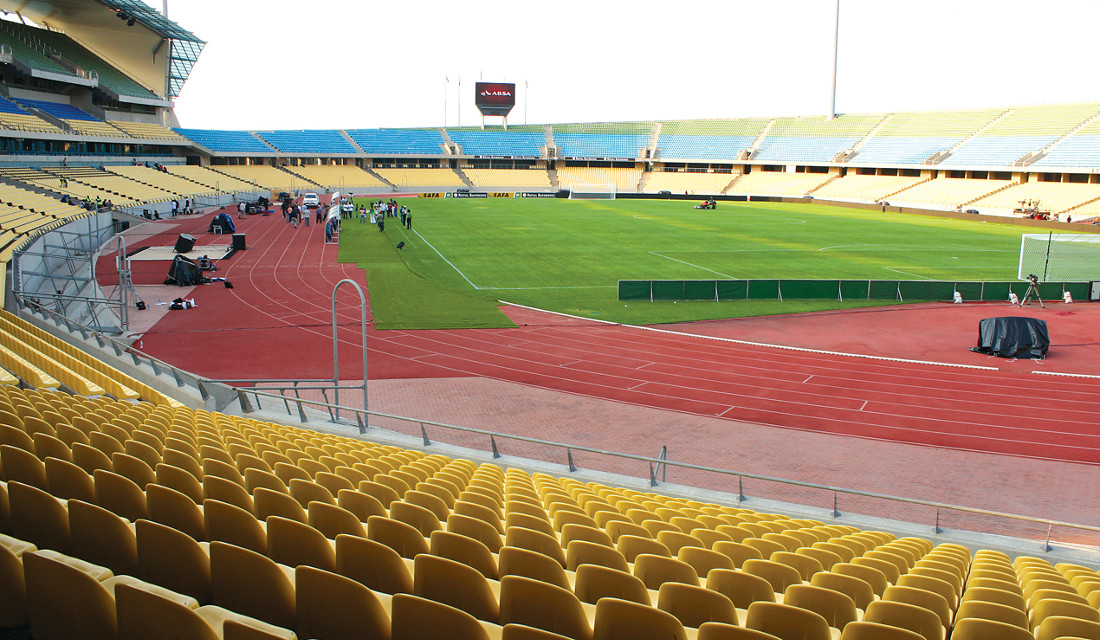 Royal Bafokeng Stadium opened in 1999 and got further expanded and upgraded for the 2010 World Cup.

During the World Cup, the stadium hosted five first round group matches and the round of 16 match between USA and Ghana (1-2).

Royal Bafokeng Stadium had earlier hosted a couple of matches at the 2009 Confederations Cup, and is set to do so again during the 2013 Africa Cup of Nations.

How to get to Royal Bafokeng Stadium

Royal Bafokeng Stadium is located in the village of Phokeng, approximately 13 kilometres north of central Rustenburg.

The stadium lies alongside the R565 (Sun City Road) that runs through Phokeng. Take the R104 in northern direction out of Rustenburg and then the R565 toward Phokeng Sun City. The stadium will be clearly visible on the right side of the road.

Tickets for Platinum Stars games can be bought at some selected sales outlets, which include most Spar and Superspar supermarket stores in the Rustenburg area. The Spar on Rustenburg Square is the most centrally located.

Other selected outlets include the Spar at Foro Shopping Complex in Rustenburg, Micky Geo restaurant in Rustenburg, the PH Network Cafe on Sun City Road in Phokeng near the stadium, and Lucky’s Pub on Magatalhebe Street also in Phokeng.

Tickets are generally not available at the stadium on the day of the match.