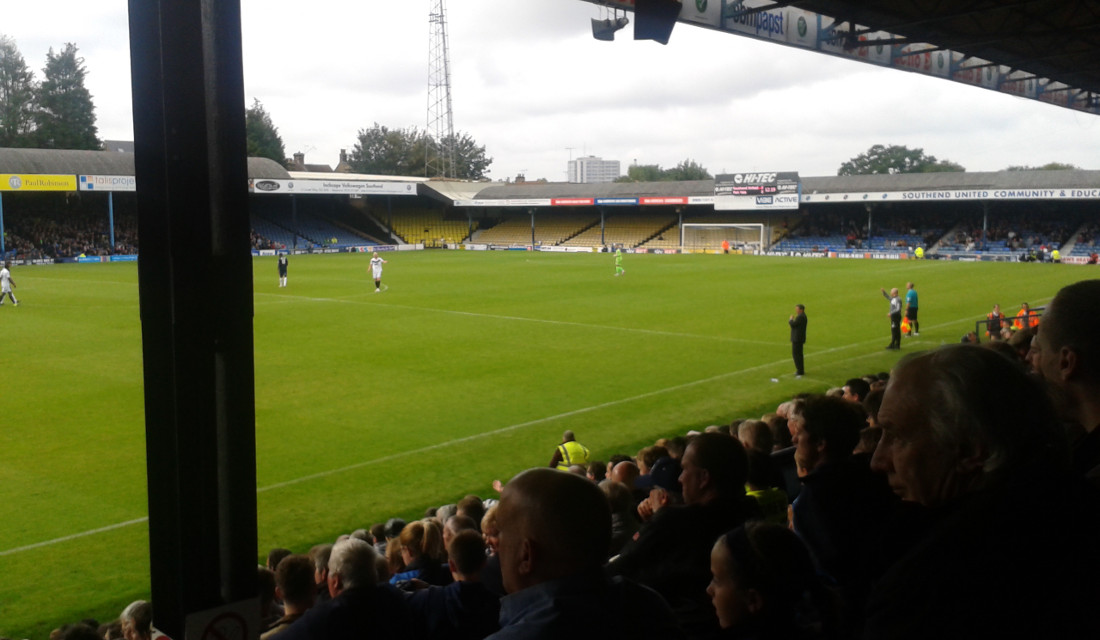 Southend United had been playing at the site of Roots Hall since their foundation in 1906, but moved away in 1919 and spent over three decades renting other grounds.

In the 1950s, however, the club was looking for a site to build a new club-owned ground and settled on the site of Roots Hall where they had previously played. The new ground opened on 20 August 1955 with a match between Southend and Norwich. It was the last new stadium in England to open until 1988.

Roots Hall recorded its highest attendance of 31,033 in 1979 when Liverpool visited for an FA Cup match.

The stadium underwent a series of changes in the 1990s when it got converted to an all-seater and part of the south stand got sold off to real estate developers to keep the struggling club financially afloat. It replaced the stand with a small double-tiered stand.

For the last two decades, Southend have looked to build a brand new stadium at a site in the north of the city, generally dubbed the Fossetts Farm site, however repeated bureaucratic and financial problems have thus far halted the project.

How to get to Roots Hall Stadium

There is a frequent direct train service from London to Southend Central train station with trains departing four times an hour from London Fenchurch Station. The journey takes just under an hour.

Southend has its own airport with low-cost flights to various European destinations. It lies on the northern edge of the city, not far from Roots Hall, and a quick train ride brings you to Prittlewell station.

Tickets can also be bought at the ticket office on the day before the start of the match. Southend may occasionally sell out a high-profile match, but generally tickets will be easily available.