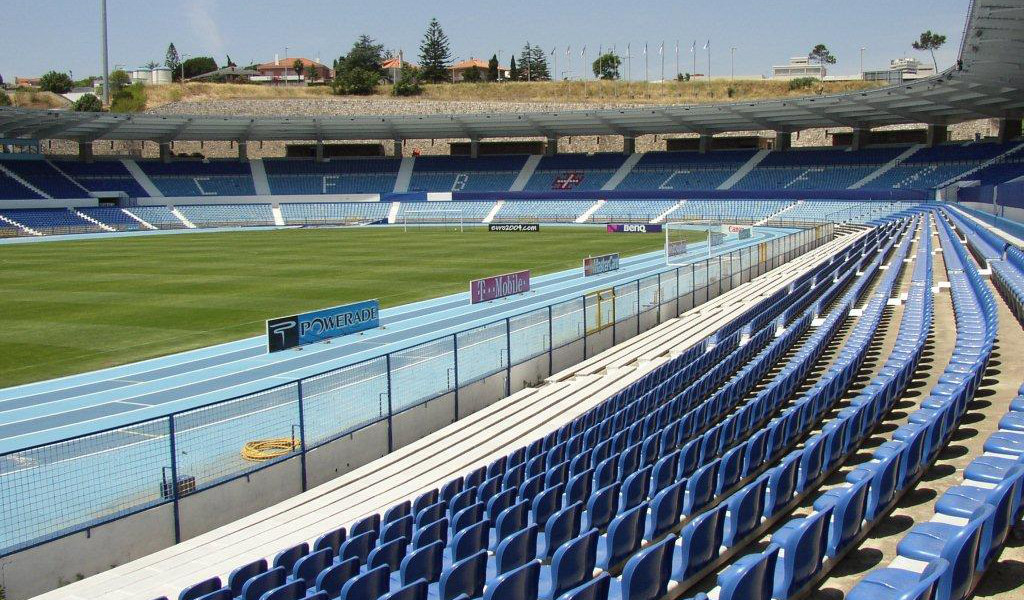 Estádio do Restelo opened on 23 September 1956 with a match between Belenenses and Sporting (2-1). Two days later, Belenenses hosted Stade de Reims for the first match under floodlights.

The oval-shaped stadium could hold about 44,000 spectators at that time, and later got expanded to about 60,000 places. The stadium recorded its highest attendance in 1975 when it was filled to capacity for a match versus Benfica.

Only small renovations have been performed in recent years, most of all the conversion of the stadium into an all-seater, resulting in a significant reduction in capacity.

How to get to Estadio do Restelo

Estádio do Restelo is centrally located in the Belem area at only a few minutes walking from well-known sights as the Torre de Belem and Mosteiro dos Jeronimos.

The stadium can be reached with tram 15 (direction Algés), which can be taken from Praça Figueira or Praça Comércio in Lisbon’s historic centre. Trams run regularly and it takes about 25 minutes to reach stop Belém.

Alternatively, you can take a train from Cais do Sodre station, also in the historic centre. Take a train to Cascais, though make sure it stops in Belem (not all do). The journey only takes 8 minutes.

Eat, drink, and sleep near Estadio do Restelo

Estadio do Restelo is located in the touristic Belem area and there are therefore plenty of eating and drinking options around.

There are also a few hotels near the stadium, which you can check out here, though most come in the high end. Click here for further options in the centre of Lisbon.

Tickets for Belenenses matches can be bought at the ticket windows of the stadium from two hours before the match. Belenenses don’t normally sell out.

Photos of Estadio do Restelo