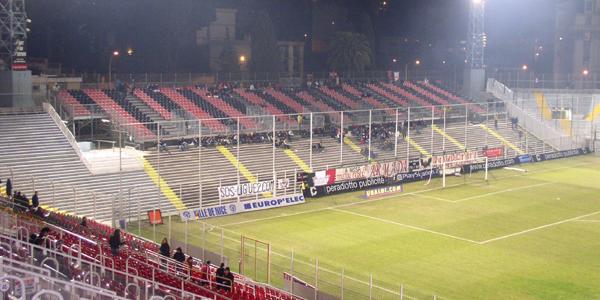 Stade du Ray was the home of OGC Nice for over 90 years until the club moved to the new Allianz Riviera. The stadium opened on the 30th of January 1927 and was further developed in the late 1940s.

The record attendance of Stade du Ray stadium was set in 1952 when 22,740 people attended a match between Nice and Racing CP.

The stadium got expanded with a new main stand in 1979, followed by a new stand at the opposite side in the mid 1990s.

Further minor improvements were made after Nice promoted to Ligue 1 in 2001, however Stade du Ray still hardly met safety requirements and the club needed dispensation from the LFP to keep playing their home matches at the stadium.

During the 2000s Nice started exploring the possibilities of reconstructing Stade du Ray at the same site, however once France got awarded the Euro 2016 tournament and Nice considered as one of the playing venues, the focus shifted to building a new stadium altogether.

Nice played their last match at Stade du Ray on 1 September 2013. The league fixture against Montpellier ended in a 2-2 draw. The Nice municipality is currently exploring the options of what to do with the site of Stade du Ray, which is set to get demolished.