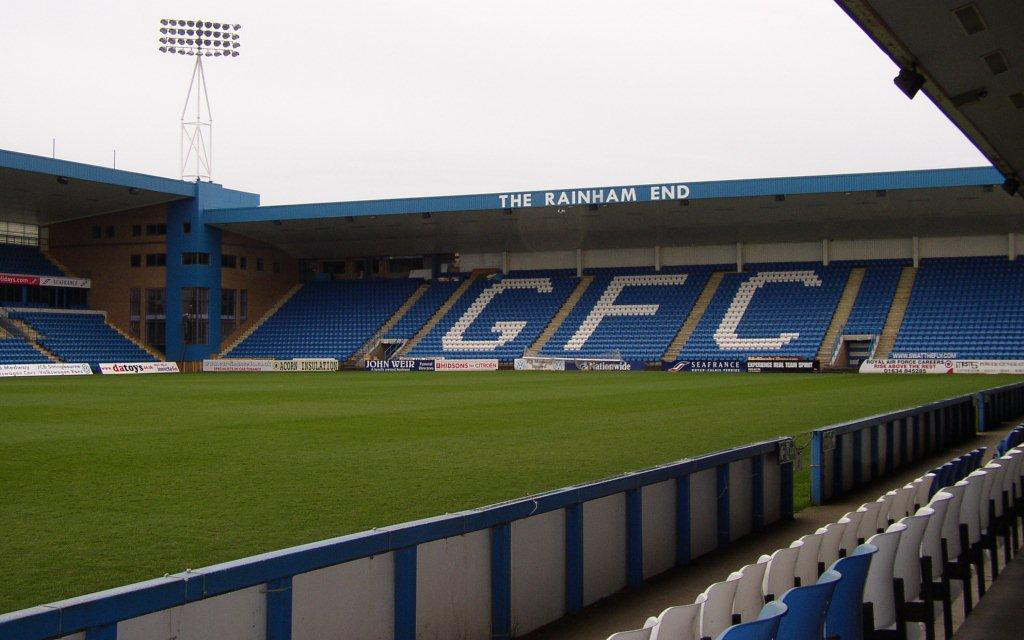 Initially, the ground consisted of a pavillion, small seater stand, and terracing in the form of earth banks. By 1908, however, the stadium had significantly expanded with more seating and proper terracing. In the early days, the stadium was still called Priestfield Road.

Between 1923 and 1997 few changes were made to the stadium save for some improved terracing and additional cover in the 1950s. Capacity hovered around 22,000, though this got reduced in the 1980s due to safety measures.

By the 1990s the state of Priestfield Stadium had significantly deteriorated and the club therefore embarked on a gradual redevelopment program. In 1997, the Gordon Road Stand was the first new stand to be built, followed by the Rainham End in 1999.

At the same time, the old main stand got demolished, and one year later the brand new Medway Stand opened. Finally, in 2003, the remaining terrace was demolished and the temporary Brian Moore Stand was erected. Plans were to eventually build a proper stand at the end, but this has never happened.

How to get to Priestfield Stadium

Priestfield Stadium is located rather centrally in Gillingham, roughly half a mile east of the main rail station and Gillingham High Street. It takes about 10 minutes to walk from the station to the stadium.

There’s a frequent direct train service from London to Gillingham with trains departing three to four times and hour from London St. Pancras station. The journey takes between 45 and 60 minutes depending on the service.

There is also a direct train from London Victoria station, which depending on the service takes an hour to an hour-and-a-half to arrive.

Tickets can also be bought at the ticket office before the match. Gillingham rarely sell out a regular league match.