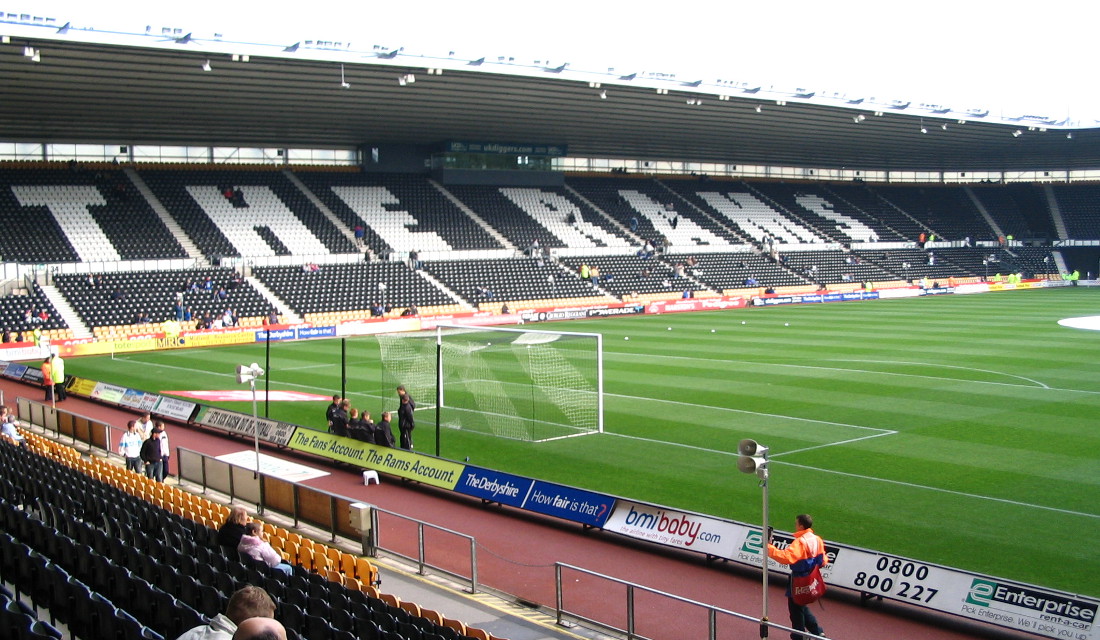 The iPro Stadium, previously known as Pride Park Stadium, replaced Derby’s old Baseball Ground, which Derby left after further renovations to turn it into an all-seater turned out to be impractical.

First plans for a move away from the Baseball Ground were made in the early 1990s, but it took several unsuccessful attempts before the club found a suitable site for a new stadium. Construction of Pride Park Stadium finally started in 1996, and it took just one year for the stadium to be completed.

Pride Park Stadium was officially opened on 18 July 1997 by Queen Elizabeth II. The first match was played about two weeks later when Italian side Sampdoria visited the stadium for a friendly. Vincenzo Montella scored the first goal at the stadium, and the only one during the match.

In later years, a few thousand additional seats were added to the stadium, resulting in its current capacity.

How to get to the Pride Park Stadium

Tickets for Derby County games can be bought online, or in the club store at Pride Park Stadium.

If tickets remain, these can be bought at the ticket office at the stadium on the day of the match. Derby’s attendances are however amongst the highest in the Championship and they occasionally sell out a high-profile match.

Ticket prices depend on the opponent but  for a typical match expect to pay from €30.00 for a seat behind the goal to €36.00 for the best seats at the long sides.

Tours run a few times a month. Check the Derby County website for the current schedule and bookings. The tour costs £10.00.