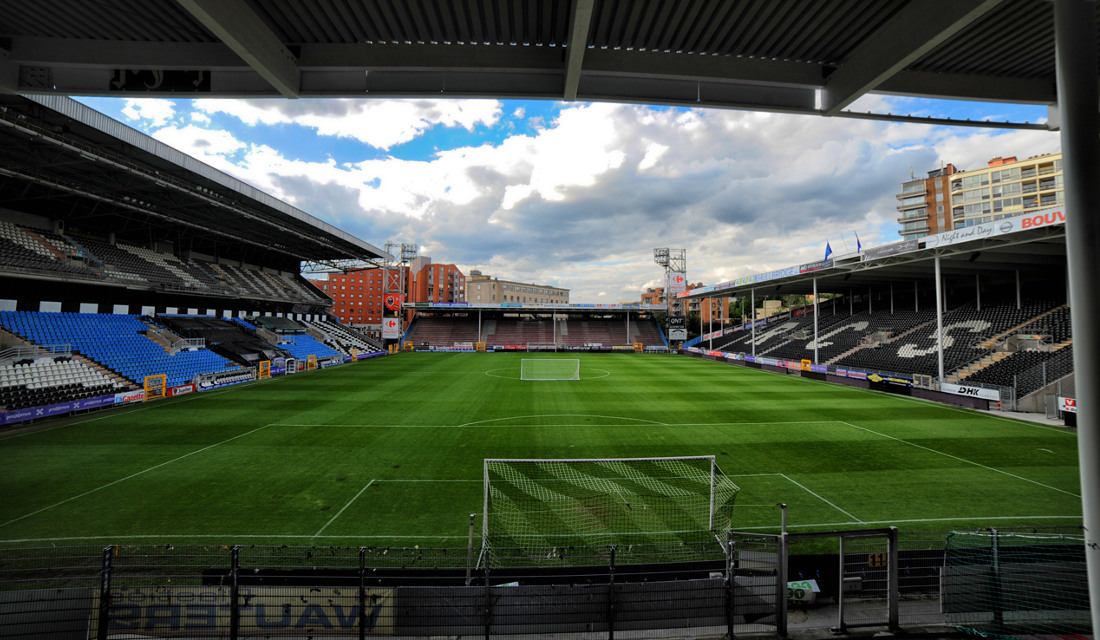 The site of Stade du Pays de Charleroi was first used for football in 1923, however it took until 1939 before an actual stadium was built.

Stade du Pays de Charleroi, then called Stade Mambourg, opened on the 5th of March 1939 with a match between Charleroi and US Centre (2-1).

For most of the next decades Stade Mambourg consisted of one small seater stand, one covered terrace at the opposite side, and terraces in the corners short ends.

In the 1980s, first the main stand got replaced by a new one that covered the entire length of the pitch, and next two new covered terraces were built at both short ends. These terraces were later fitted with seats.

Stade Mambourg remained a modest ground until it got selected as one of the playing venues of Euro 2000. A major redevelopment program brought capacity to the required 30,000 seats. Works included the construction of second tier on three of the four stands, and a steep third tier on Tribune III. After the reopening of the stadium in May 1999, its name got changed to Stade du Pays de Charleroi.

Over a decade later, in 2012, it turned out that the city of Charleroi, owner of the stadium, had failed to apply for planning permission for the expansion, and they were told to tear down the upper tiers of the stadium, which resulted in a reduction of capacity to 15,000 seats.

In recent years, Charleroi have been looking to build a new stadium in the suburb of Marchienne-au-Pont. Plans are still in the planning phase but preliminary plans suggest a capacity of about 20,000 with the aim of having the stadium completed in 2024.

(photos of the present Stade du Pays de Charleroi below)

How to get to Stade du Pays de Charleroi

Regular direct trains connect Charleroi with major Belgian cities such as Brussels and Liège. In both cases the journey takes about 60 to 90 minutes.

Tickets for Charleroi matches can be bought online through Tickethour, at the club shop at Stade du Pays de Charleroi, or at the ticket windows of the stadium on the day of the match. Identification may be required.

Tickets cost either €18.00 or €20.00, both for the long sides. Tickets for the stands behind the goals do not go on general sale. Tickets are €3.00 more expensive if bought at the ticket windows on the day.