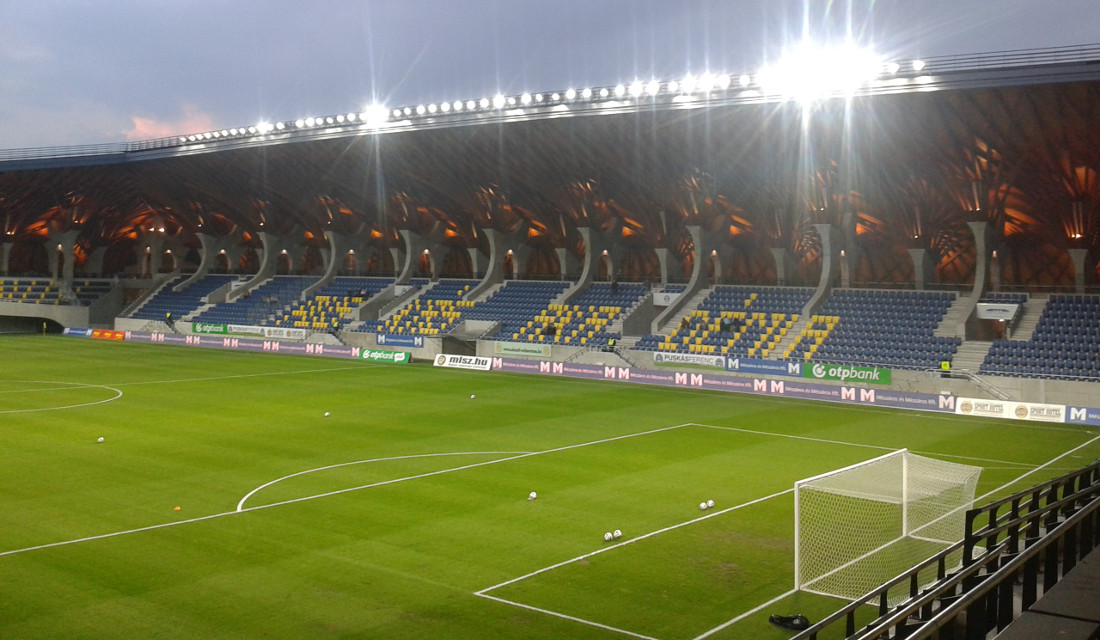 The Pancho Arena was built to serve as the home of Puskas Akademia, the youth team of Videoton.

Construction of the new stadium was championed by Hungarian prime minister Viktor Orban, who grew up in the town of Felcsut, played for Puskas Akademia, and owns land next to the arena. This also led to criticism as the stadium was deemed excessive for the small village and allegations of corruption were made.

The Pancho Arena officially opened on 21 April 2014 with the Puskas Cup which was contested between Puskas Akademia and Real Madrid U-17. The stadium was designed by award-winning Hungarian architect Imre Makovecz and stands out by its remarkable wooden roof structure and exterior.

During the 2016-17 season, Videoton also played their home games at the stadium while their Sostoi Stadion was under construction.

How to get to the Pancho Arena

The Pancho Arena is located in the north of the small village of Felcsut (less than 2,000 inhabitants). Felcsut lies about 40 kilometres west of Budapest.

Since Felcsut is a small village, there are few public transport options. There is no train station in the village, but Volanbusz run up to 10 bus services per day from Budapest to Felcsut. Buses depart from the Nepliget bus terminal across from the Groupama Arena. The journey takes about an hour.

The nearest train station is in the nearby town of Bicske. Hourly trains run from Budapest-Deli station for the 40-minute journey. The walk from Bicske train station to the Pancho Arena takes about 50 minutes, or catch a bus.

Eat, drink, and sleep near the Pancho Arena

The Pancho Arena is located in a small quiet village with little to nothing around in terms of eating and drinking. Most will therefore travel in and out for the match from elsewhere.

There are neither many options to stay in Felcsut apart from Noll Tanya guesthouse, which though out of town, is about just at walking distance (30 minutes). There are a few more options in the surrounding countryside, though none at walking distance, and the M1 Hotel off the M1 motorway might appeal to those arriving by car.

Click here for an overview of hotels in and around Felcsut. Most people, however, will decide to travel in from Budapest, Szekesfehervar, or the area around Lake Balaton.

Tickets for Puskas Akademia games can be bought online, at the ticket office at the stadium, or at any of the Eventim sales outlets.

Tickets can also be bought at the stadium from two hours before the match. Puskas Akademia rarely sell out.

Photos of the Pancho Arena