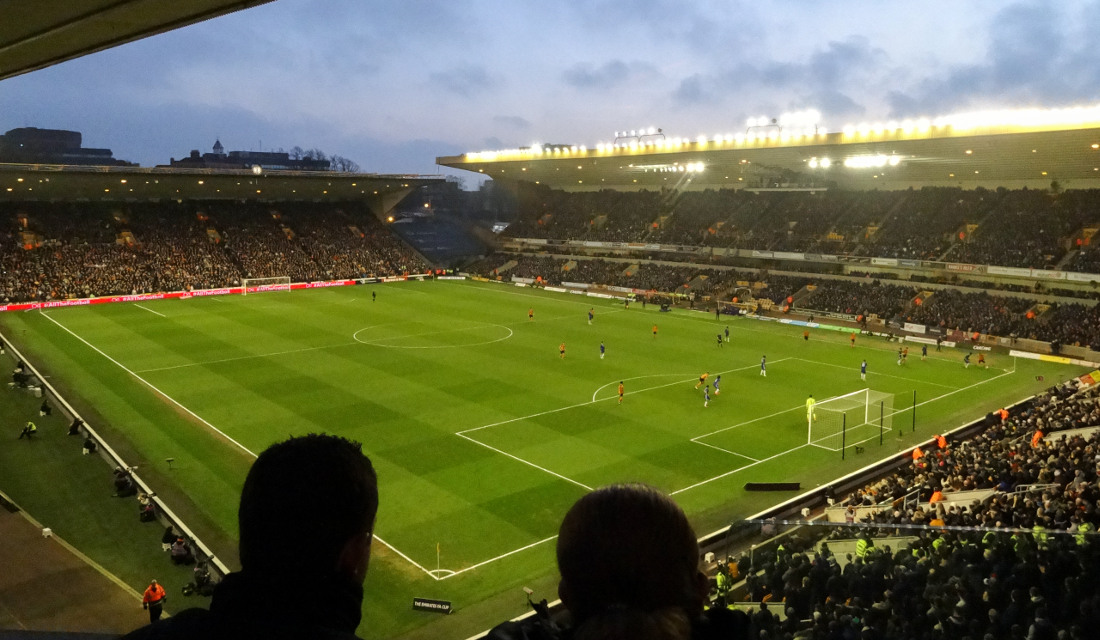 Wolves moved into Molineux Stadium in 1889, having played at various grounds in the first decade of their existence.

Molineux was the site of the first ever league game played in English history. On 7 September 1889 Wolves beat Notts County 2-0.

In 1923, Wolves were able to buy the ground the stadium stood on, and soon after started building a new main stand, the Waterloo Road Stand, which had been designed by Archibald Leitch.

Development continued in the next decade with the opening of the new Molineux Street Stand in 1932 and the renovations of both end terraces in 1935.

Molineux remained practically unchanged in the following decades, and slowly fell into a state of disrepair. In 1975, the Molineux Street Stand failed to meet safety requirements and a new luxury grandstand was built instead.

This new stand however severely impacted Wolves’ finances and brought the club on the brink of bankruptcy. By the 1980s, only two stands were in use and the club lacked the finances to make improvements to the ground.

Only after Sir Jack Hayward bought the club in 1990, funding became available for the redevelopment of Molineux. Between 1991 and December 1993, the three remaining old stands were demolished and replaced with new ones.

In May 2010, Wolves announced a £40 million redevelopment programme of Molineux. Under the plans, three stands would gradually get rebuilt and linked up, which would lead to a capacity of 38,000 seats.

Works started in 2011 on the Stan Cullis Stand, which was completed in 2012. The next two stages, however, were postponed as the club stated to want to use the limited funds available for the development of the Wolves youth academy.

(photos of the present Molineux Stadium below)

How to get to Molineux

The walk from Wolverhampton Rail Station (or bus stations) will only take 10 minutes. When coming out of the rail station, turn right onto Wolverhampton’s city centre ring road and follow until you see the stadium on the right side of the road.

Multiple trains an hour connect Birmingham New Street station with Wolverhampton. The journey takes a little under or over 20 minutes depending on the service. There are direct trains from Manchester Piccadilly and London Euston stations to Wolverhampton too, typically about once to twice an hour.

You can find a seating plan here. Email ticketoffice@wolves.co.uk for more information.