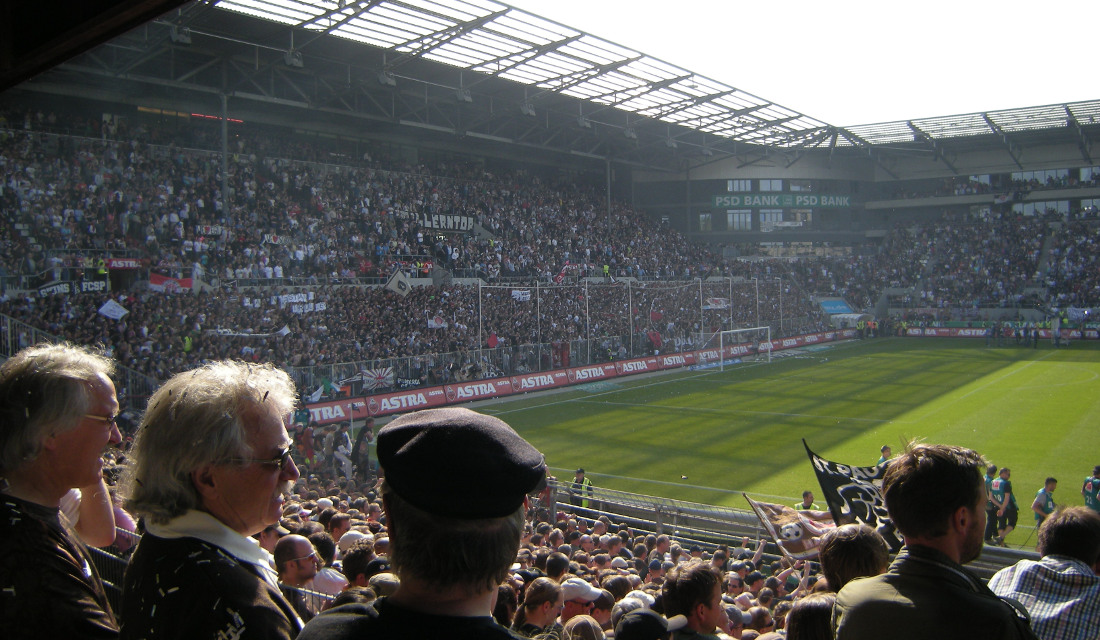 Millerntor-Stadion opened in 1963 and could initially hold about 32,000 spectators.

Over the years, the stadium underwent various smaller renovations, though capacity gradually dropped to just over 20,000 due to safety measures.

In 1970, the stadium was renamed Wilhelm-Koch-Stadion, in honour of the ex-president of the club, but it later turned out that he had been a member of the Nazi Party during World War 2 and the stadium got renamed to Millerntor-Stadion again.

In 2006, St. Pauli announced a major redevelopment program that aimed to turn Millerntor-Stadion into a modern arena with 30,000 places. Over a period of eight years, all stands would gradually get rebuilt.

One year later, in 2007, a new south stand opened, but then works got delayed due to the economic crisis. They continued in 2009 when the main stand got demolished and a new one was built in its place. At the same time, the north stand got expanded and refurbished.

The reconstruction of the stand opposite the main stand started in the summer of 2012 and was completed early 2013.

(photos of the present Millerntor-Stadion below)

How to get to Millerntor-Stadion

Millerntor-Stadion is located in central Hamburg. It lies next to the Heiligengeistplatz fair ground, and in close proximity of the Planten und Bomen park and the Kiez nightlife area (around the Reeperbahn).

The stadium is less than a 30-minute walk from the central Rathaus square in Hamburg’s city centre, but can also be reached by metro. Stop St. Pauli is closest to the stadium and on line U3, which crosses right through the city centre.

St. Pauli sell out most home matches, and booking in advance is therefore strongly advised.

St. Pauli offer guided stadium tours that last 120 minutes and include the VIP areas, dressing rooms, and the stands.

Tours run multiple times a week, typically at 2:30pm, but also earlier or later on the weekends. Check the current schedule online.

Tours cost €13.50 and can be booked online, or at the ticket centre at the stadium.