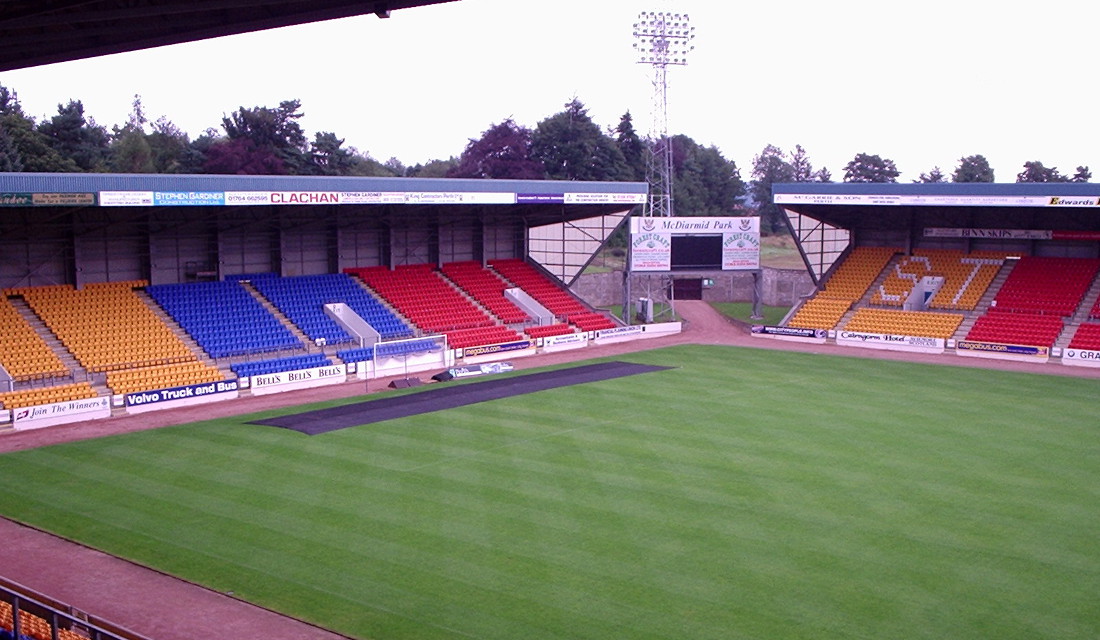 McDiarmid Park was the first purpose-built all-seater stadium in the United Kingdom.

The stadium replaced St Johnstone’s old Muirton Park, and resulted from an offer of retailer Asda to buy the land of Muirton Park in exchange for a new 10,000-seater stadium. Negotiations resulted in an agreement and construction of the new stadium started in October 1988.

The land of the new stadium had been donated by local farmer Bruce McDiarmid, who got rewarded with a 20% stake in the club and the stadium carrying his name.

McDiarmid Park hosted its first match on the 19th of August 1989 when St Johnstone played Clydebank. The official opening was held a few months later when Manchester United visited the ground for a friendly (0-1).

In October 2011, plans were released that involved the demolition of the 2,000-seater North Stand, which would allow for the construction of a new commuter road. St Johnstone chairman Brown stated to be in favour of the plans, but in the end were rejected.

How to get to McDiarmid Park

McDiarmid Park is located in the north-west of the small city of Perth, just over 2 miles from the city centre and rail station.

From the city centre take bus 1 or 2 to get to the stadium. Both lines are circular lines that go in opposite directions. Take the bus from Mill Street. The journey takes between 10 to 15 minutes, and buses generally leave every 10 minutes.

Direct trains connect Perth with Edinburgh and Glasgow Queen Street station. The journey from Glasgow takes about an hour, that from Edinburgh 15 to 20 minutes longer.

Tickets for most St Johnstone matches can be bought on the gate on the day of the match. St Johnstone never sell out.

The exception are the Celtic and Rangers home games, for which tickets must be bought in advance at the Ticket Office or by phone +44 (0) 1738 455000.