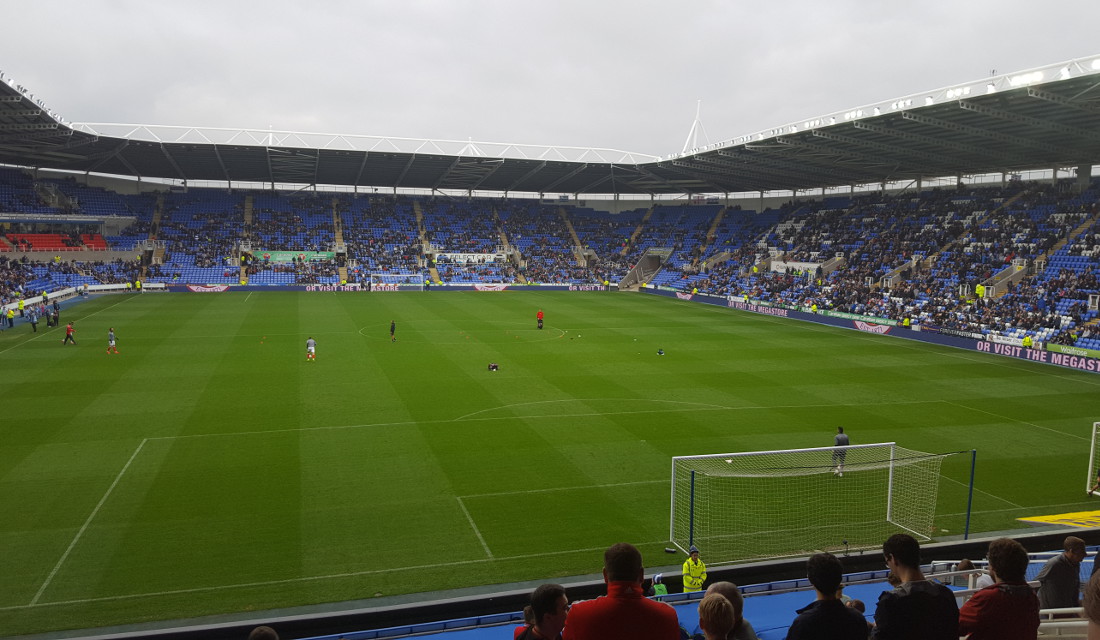 Madejski Stadium replaced Reading’s previous ground Elm Park. It came at a cost of £50 million. The stadium opened on 22 August 1998 with a match between Reading and Luton Town (3-0), though the official opening was a few weeks later.

Madejski Stadium is named after chairman of the club John Madejski. It got built on the site of a household waste dump, and as a result one can find many metallic posts around the stadium that let off the underground methane gases.

In the mid 2000s, plans were made for the expansion of Madejski Stadium to a capacity of potentially 37,000 seats, however these plans were abandoned after Reading relegated to the Championship in 2008.

How to get to Madejski Stadium

Madejski Stadium is located about 2.5 miles south of Reading town centre and its rail station.

The stadium lies just north of the M4 motorway. Take junction 11 and follow for A33 Reading. Signs will guide you to the stadium.

Regular trains connect Reading with London. The journey from London Paddington station takes about half an hour. On matchdays special football buses shuttle between Reading rail station and the stadium. On non-matchdays (Mon-Fri) the stadium can be reached with the FastTrack park and ride buses.

If tickets remain available, these can get bought at the ticket office until half-time. Whereas Reading sold out regularly in the Premier League, they rarely tend to do so in the Championship.

Expect to pay from £20.00 for a seat behind the goal to £32.00 for the more expensive Upper West Stand. Tickets are £3.00 more expensive if bought on the day. You can find a seating plan here.

Tours run multiple times a week usually at 10:00 in the morning. For exact dates and times check the Reading official website. There are no tours on matchdays.