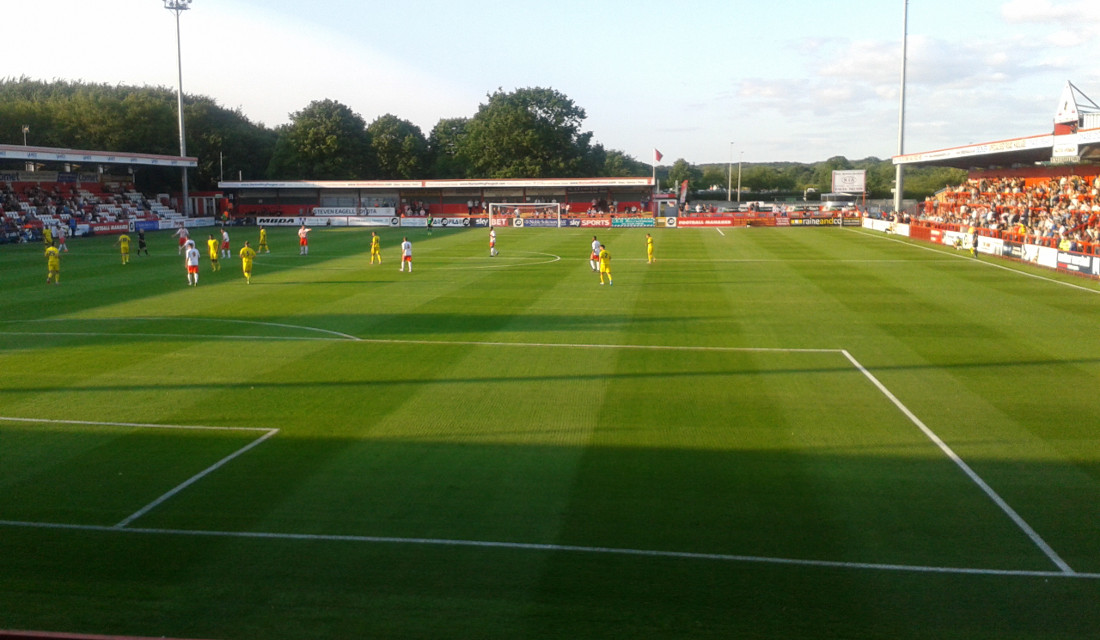 The Lamex Stadium, also known as Broadhall Way, was built in 1961 and first served as the home of Stevenage Town and next of their successor Stevenage Athletic. Following the bankruptcy of the latter in 1976, the stadium was left unused until in 1980 newly formed Stevenage FC (then still called Stevenage Borough) made the stadium their home.

In 1996, the club was denied promotion to the football league because Broadhall Way did not meet the required capacity of 6,000 places of which 1,000 seats. Subsequently, the club embarked on an expansion program which included the construction of a new main stand.

In 2009, Broadhall Way got renamed The Lamex Stadium following a naming rights sponsorship deal with the Lamex food group.

How to get to The Lamex Stadium

The Lamex Stadium is located in the south of the town of Stevenage, about a mile from the town centre and the railway station.

The walk from the station or centre takes about 20 minutes. Alternatively, there are various buses that pass the stadium, including line SB8 from the rail station, and line 300 and SB5 from the town centre and bus station.

On match days, shuttle buses connect the stadium with the railway station (stop N) and the bus station (stop K). Services run from two hours before the start of the match.

Tickets can also be bought at the ticket office of the stadium or at the turnstiles on the day of the match. Stevenage rarely sell out a regular league match.

Ticket prices depend on the opponent with Stevenage having split their home games in category A and category B games. A seat for a category B match, the cheapest, cost £20.00, while standing costs £16.00. Prices go up with £2.00 for category A matches. It is furthermore £2.00 more expensive to buy on the day.

Photos of The Lamex Stadium