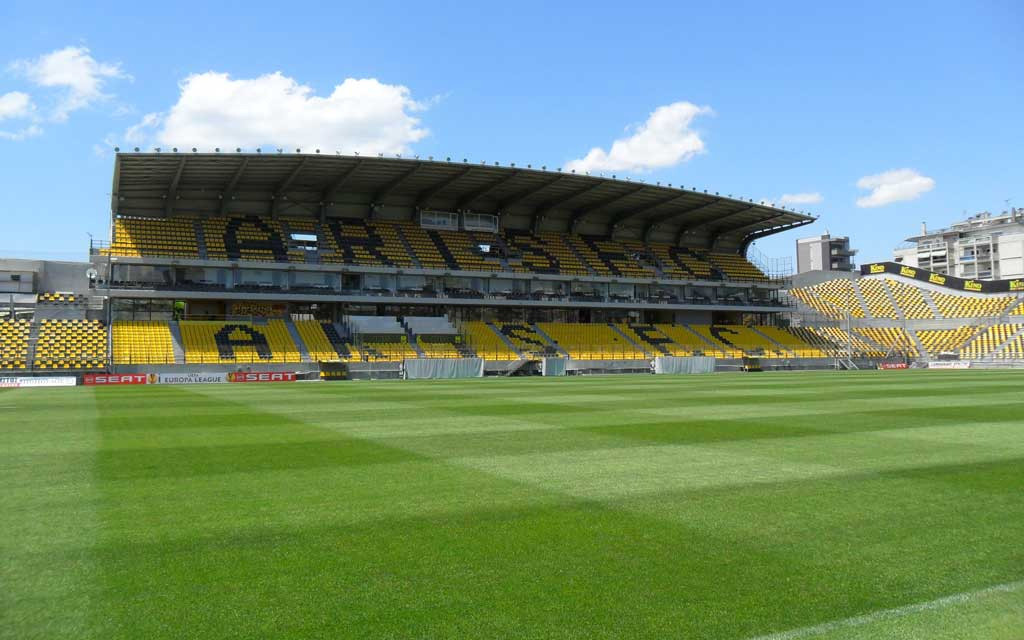 It was initially called Aris Stadium, but renamed in 2004 after an ex-player of the club. At the same time the stadium received a major upgrade to make it suitable as a training venue for the 2004 Olympics.

How to get to Kleanthis Vikelidis Stadium

From the station and city centre (Egnatias Avenue), the stadium can be reached with bus 10 or 11.

Take bus 10 in the direction of TS Harilou and get off at stop Gipedo Ari. The bus passes right by the stadium. Buses run at least every 10 minutes.

Alternatively, take bus 11 in the direction of TS Pileas and get off at stop Mistakidi (a few blocks from the stadium). Buses run multiple times per hour and can also be taken from the White Tower.

Tickets for Aris games can be bought online, or at the ticket windows of the stadium on the day of the match.

Ticket prices typically range from €10.00 for a seat behind the goal to €30.00 for a lower-tier seat at the main stand.