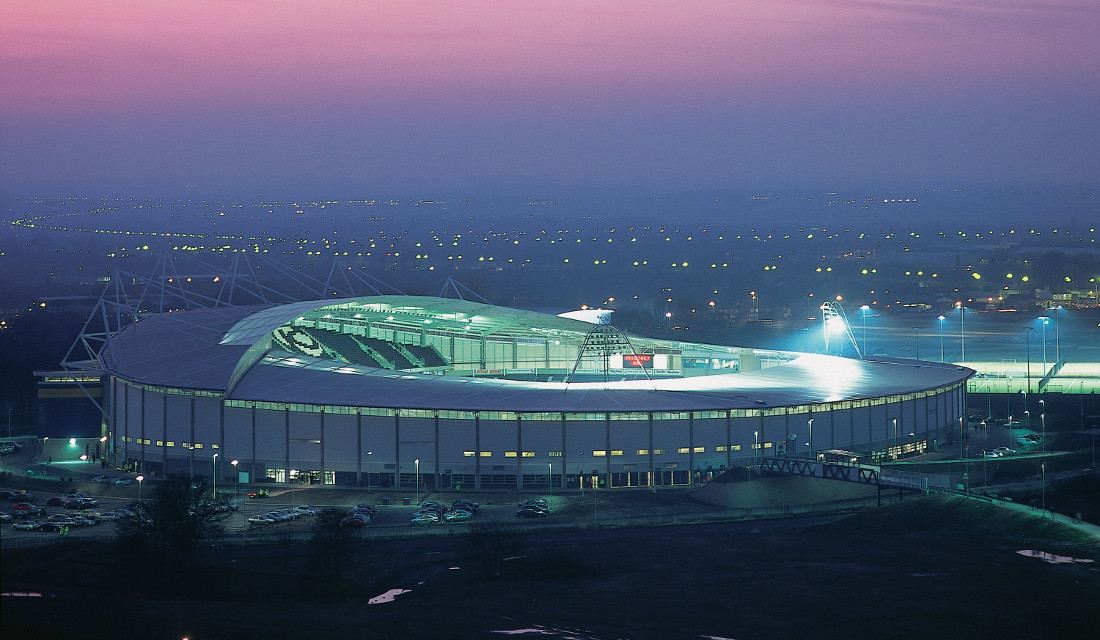 The KCOM Stadium, initially called KC Stadium, replaced Hull’s old stadium Boothferry Park. First plans for the construction of a new stadium were made in the late 1990s and building works started in 2001. The stadium officially opened on 18 December 2002 with a match between Hull City and Sunderland (1-0).

Construction of the KCOM Stadium cost £44 million and was financed by the city of Hull, who therefore also own the stadium. The stadium is easily expandable to a capacity of about 30,000.

Between 2002 and 2016 the stadium was called KC Stadium, but was renamed KCOM Stadium following a rebranding of their sponsor from KC Group to KCOM Group.

How t0 get to the KCOM Stadium

The KCOM Stadium is located about a mile west of Hull’s city centre and main rail station. The walk to the stadium should take no more than 20 minutes. Alternatively, there are buses that run over Anlaby Road.

If arriving by car and approaching the city from the M64 motorway, follow the A63 into the city. Exit the A63 just before the fly-over following the signs for Local Traffic/Infirmary. From there follow the signs to the KCOM Stadium.

Eat, drink, and sleep near the KCOM Stadium

The KCOM Stadium is surrounded by green in the form of parks and sports facilities, which in turn are bordered by mostly residential areas. While one can find the odd pub near the stadium, eating and drinking options are scarce and can therefore better be done in the city centre or on your way from the centre to the stadium, for example on Spring Bank.

If you wish to spend the night close to the stadium, then both the Earlsmere Guesthouse and the basic Vale Apart Hotel are some of the options just a few steps away. In particular the former gets very good reviews. Click here for an overview of hotels near The KCOM Stadium.

Alternatively, there are a number of options in Hull’s city centre, including your standard chains, or, if you arrive by car, you can choose one of the roadside hotels upon entering the city.

Photos of the KCOM Stadium