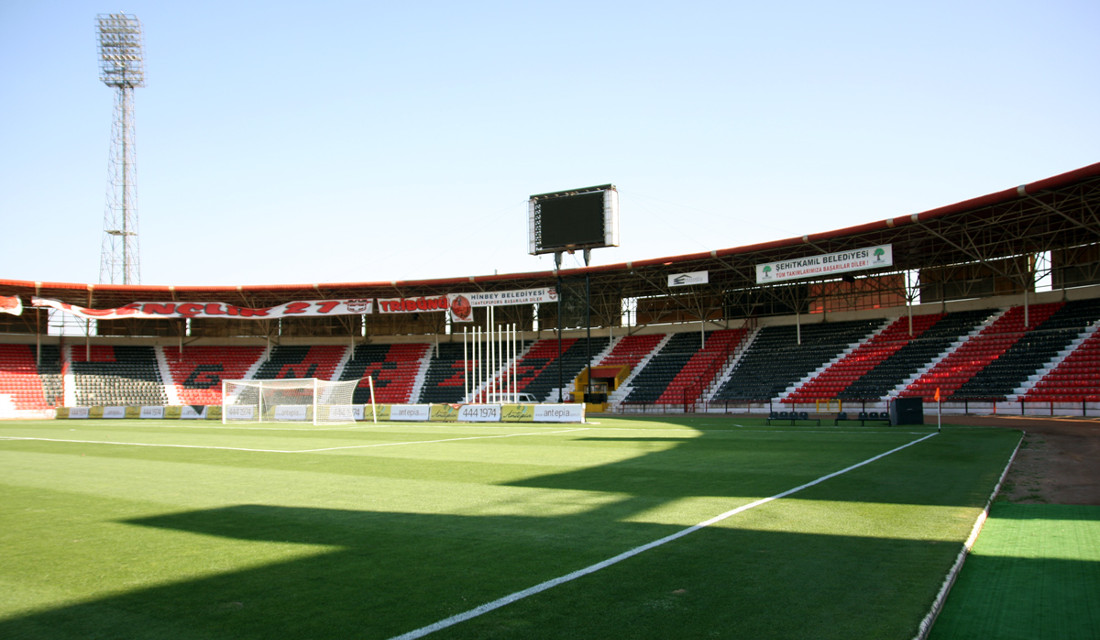 Kamil Ocak Stadyumu opened in 1974, five years after Gaziantepspor had been founded, and remained their home until early 2017.

The stadium has been named after Kamil Ocak, former Turkish Minister of Sport that was born in the city of Gaziantep.

In 2013, Gaziantepspor started construction of a new 36,000-seater arena, the Gaziantep Arena, just outside the city limits. Following a delay of a year, the new arena opened in early 2017.

How to get to Kamil Ocak Stadyumu

Gaziantep’s train station, which only has limited service, is located a 5-minute walk north of the stadium. The main bus terminal is located north outside of the city, and you therefore first need to take a bus or taxi to Gaziantep’s centre.