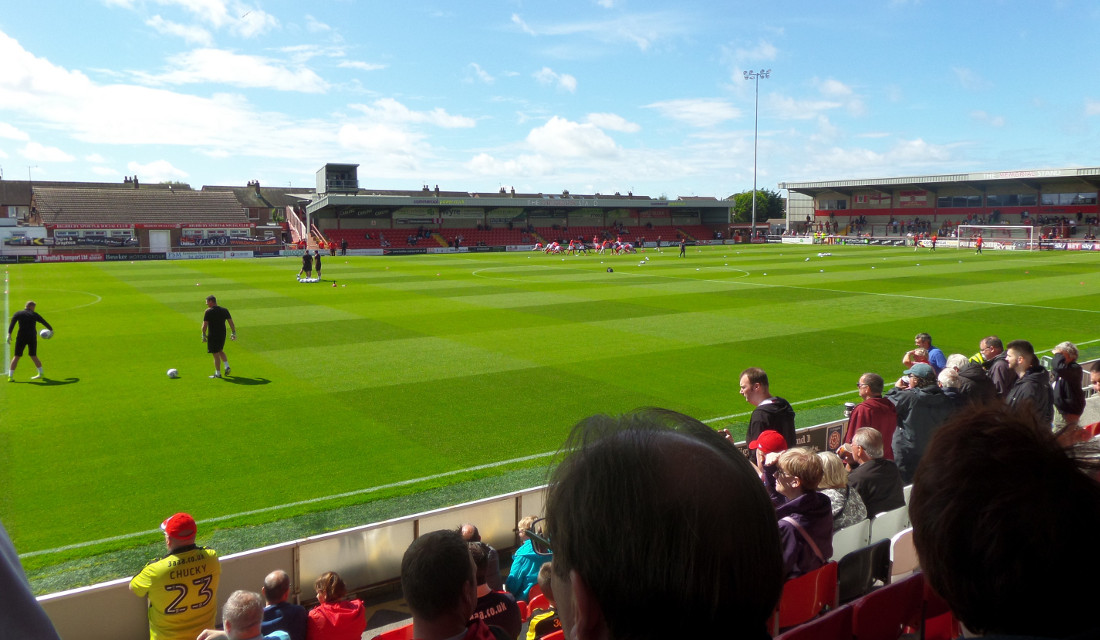 First football got played at Highbury Stadium in 1939, however due to the outbreak of World War 2 and the suspension of all football, it took seven years for the second match to be played at the ground.

After the War, the stadium also regularly held speedway races, which in later years was still visible in the large gap between Main Stand and pitch. Over the years, Highbury Stadium remained a very modest ground consisting of a small Main Stand, covering about a third of the side, and small terraces on the other sides.

How to get to Highbury Stadium

The Blackpool tramway runs close past the stadium. Get off at stop Lindel Road or Stanley Road from where it’s a few minutes walking to the ground. The closest rail station is Blackpool North, which has a direct connection with Preston and Manchester Piccadilly station. From Blackpool North it’s a small walk to the tramway, which runs along the coast. The tram journey to Fleetwood takes about 40 minutes.

Buses are an alternative, and slightly quicker. Bus 1 and 14 run close past the stadium. The journey from Blackpool town centre takes about 30 minutes.