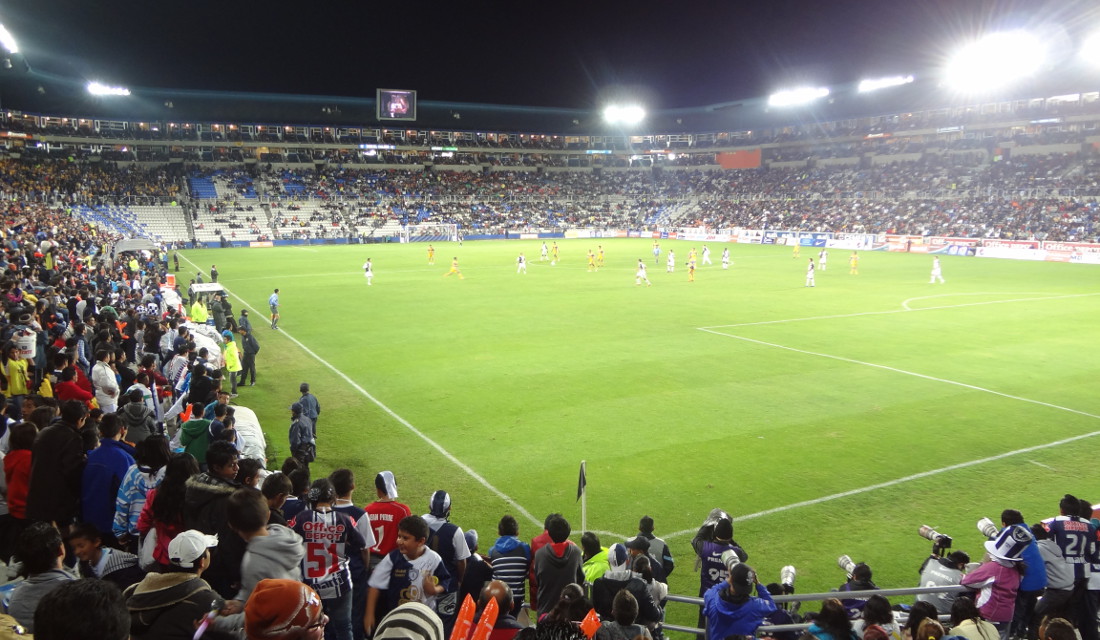 The stadium officially opened on 14 February 1993 with a match between Pachuca and Pumas UNAM (0-1).

Estadio Hidalgo got extensively renovated in 2004, which included the construction of a roof over all sides of the stadium, and which raised capacity from an initial 24,000 to 30,000.

The stadium received a further minor upgrade in 2011 in preparation for the FIFA U-17 World Cup.

How to get to Estadio Hidalgo

Estadio Hidalgo is located in the south-west of the city of Pachuca, about 3 kilometres from the city’s small city centre.

The stadium lies right next to the central bus terminal where the long-distance buses from, for example, Mexico City arrive. The bus journey from Mexico City’s northern bus terminal takes about 90 minutes.

The stadium is located on the right side of the entrance road to the city coming off the 85 Autopista México-Pachuca. Driving further north brings you to Pachuca’s city centre.

Tickets for Pachuca CF matches can be bought online via Superboletos, at the Tuzomania club store at the Blvd Everardo Márquez 210 (near the centre), or at one of several other sales points.

Tickets can also be bought at the gates of the stadium on the day of the match. Pachuca tends to fill up the stadium nicely, but for most matches tickets will be easily available.

Standard tickets typically costs either MX$ 70.00, but will be increased to MX$ 120.00 for a few high-profile matches.

Tuzos.com.mx – Official website of Pachuca CF.
Hidalgo.travel – Website of the tourism board of the state of Hidalgo.