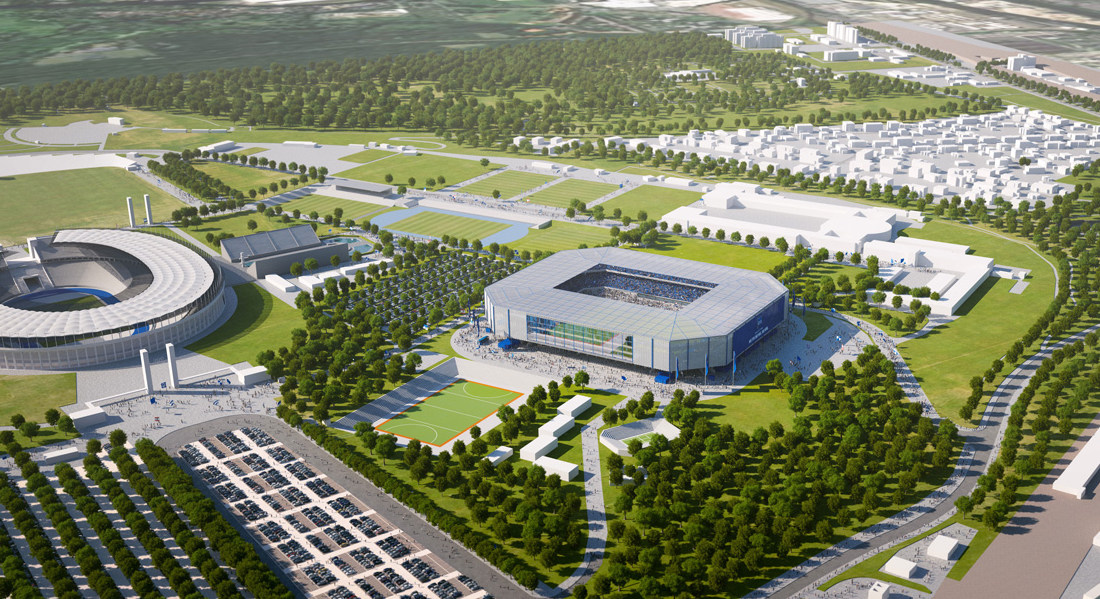 The Hertha Fussballarena is the proposed new stadium of Hertha BSC. The stadium will replace Berlin’s Olympiastadion, which is too large and isn’t a proper football stadium, as Hertha’s new home.

Hertha presented plans for their new stadium in late 2016. Since their current lease of the Olympiastadion ends in 2025, the club intends to move to their new home subsequently.

The club hope to build the Hertha Fussballarena alongside the Olympiastadion on the Olympic Park, but have identified the Brandenburg Park in the town of Ludwigsfelle, 11 kilometres south of the Berlin city border, as their first alternative.

Hertha aims for a capacity of about 55,000 places, which is about 5,000 more than they currently average in the Olympiastadion. The new stadium will be fully privately financed.

Images of the Hertha Fussballarena