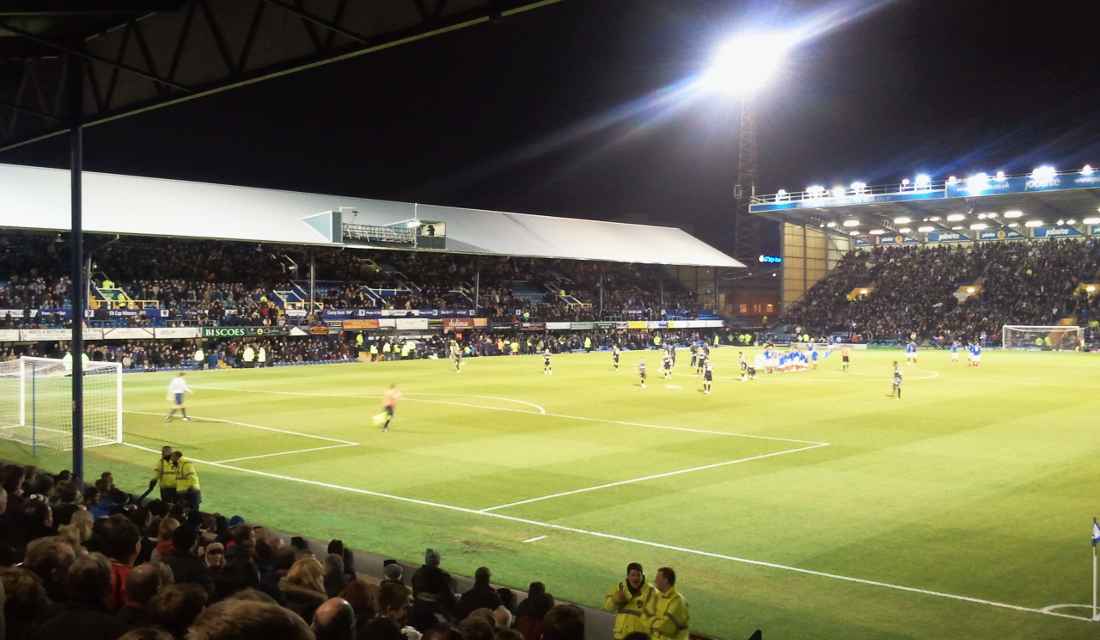 Fratton Park has been the home of Portsmouth since they were founded in 1898. The first match at the ground was a friendly between Portsmouth and Southampton.

The stadium recorded its highest attendance of 51,385 in 1949 during an FA Cup fixture with Derby County.

Fratton Park hardly changed in the following decades until in 1997 the Fratton End stand got demolished and replaced by a new all-seater stand. The only change since has been the installation of a roof over the Milton End.

In the last two decades, Portsmouth have investigated various options to either redevelop Fratton Park, or build a complete new stadium all together. Multiple plans have been presented, but all failed to materialise due to various reasons. No major changes are currently expected due to the limited financial means of the club.

How to get to Fratton Park

Fratton Park is located in the east of Portsmouth at just over a mile from Portsmouth’s city centre.

The stadium is a 10-minute walk away from rail station Fratton. Very frequent trains run from Portsmouth & Southsea and Portsmouth Harbour rail stations in Portsmouth’s centre to Fratton. The journey only takes a few minutes. Most trains arriving in Portsmouth also stop at Fratton.

There is only limited parking in the area around Fratton Park.