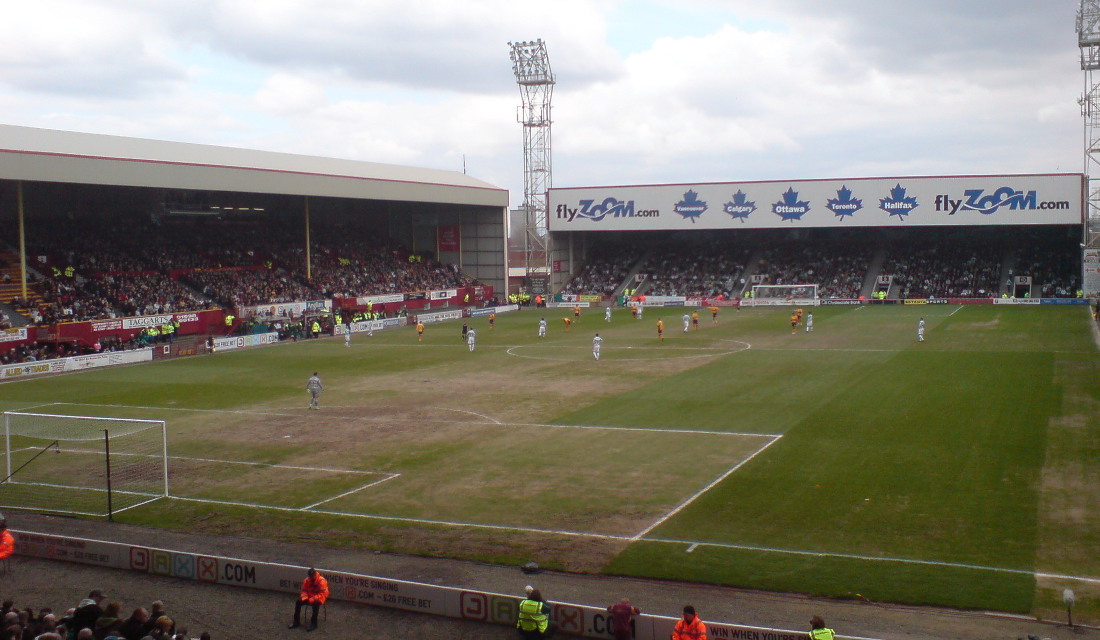 Fir Park opened in 1895 with a match against Celtic (8-1) in front of 6,000 spectators. The stadium initially consisted of one small wooden grand stand and terraces on earth banking.

Fir Park underwent a first major redevelopment in the 1930s when the earth banks got properly terraced. This resulted in a capacity of around 35,000.

The record attendances was set in 1952 when 35,632 fans visited a Scottish Cup match against Rangers FC.

A new Main Stand was constructed in 1960, which was never completed over the full length of the pitch though as a local resident objected to the lack of light and resulting declining property value.

In the early 1990s, Fir Park got converted into an all-seater. Seats were installed at the East Stand terrace, and in 1993 the club opened a new two-tier South Stand. Two years later a new single-tier North Stand (Davie Cooper Stand) opened.

(photos of the present Fir Park below)

How to get to Fir Park

Fir Park is located about one mile from Motherwell Rail Station and its adjacent town centre.  The walk will take 15 to 20 minutes.

Airbles station is located slightly closer to the stadium (10 minutes walking) and has direct service with Glasgow as well.

Alternatively, you can take First Bus X11 from Glasgow Buchanan Station.  The bus runs along Windmillhill Street close to the stadium. The journey takes about 25 minutes, and buses leave every 30 minutes.

Tickets for Motherwell FC games can be bought at the Ticket Office at Fir Park, in advance or on the day of the match until kick-off. Motherwell sell out very few matches.