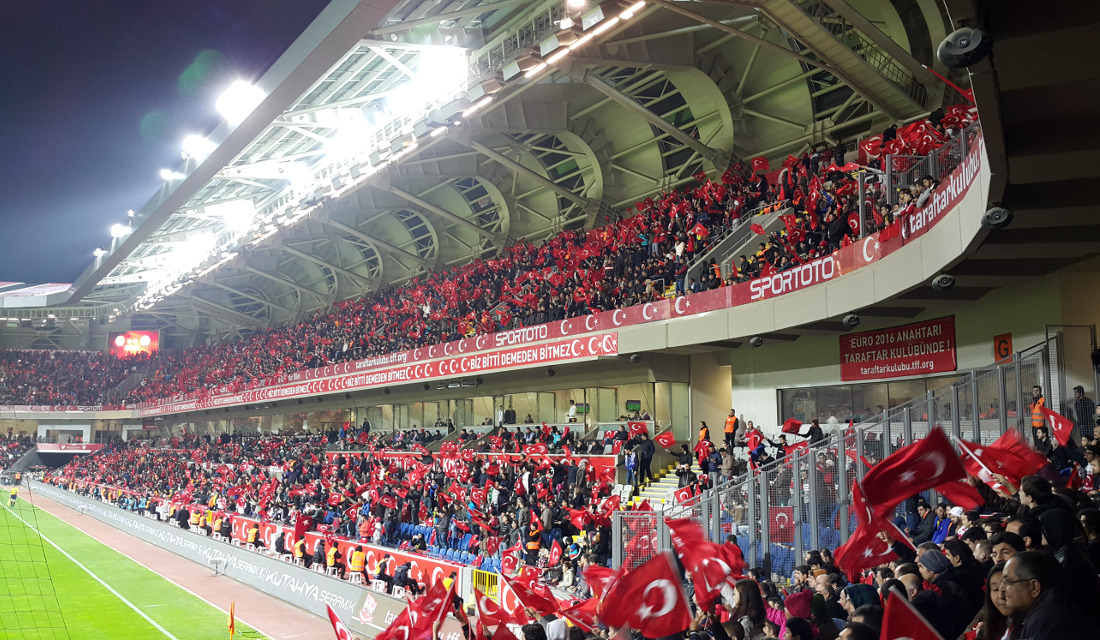 Istanbul Fatih Terim Stadium was built to provide Istanbul Basaksehir with a new and modern home. Previously the club had played at the much-too-large Ataturk Olympic Stadium.

The stadium opened on 26 July 2014 following 16 months of construction. It was named after then-Turkey manager Fatih Terim, who had never played for nor managed Istanbul Basaksehir though.

How to get to Fatih Terim Stadium

Fatih Terim Stadium is located on the northern edge of Istanbul, not too far from Ataturk Olympic Stadium. The distance to central Istanbul (e.g. Sultanahmet, Taksim Square) is about 25 kilometres.

The stadium lies next to the O6 motorway and is thus easily reached by car.

Alternatively, there are various buses that stop close to the stadium, including 78, 78B, 78E, 78F, and 78ZB. Most pass by station Metrokent as well if you’re looking to make your way to the stadium quicker than walking.

Fatih Terim Stadium is located in a newly built residential neighbourhood that mainly consists of apartment blocks. There’ll be a few local fast food places to grab a bite and some eating options in the shopping centre near Metrokent metro station, but options pale compared to central Istanbul.

However, if you’re planning to stay longer in Istanbul and do some sightseeing, you’re likely to enjoy your stay better if you stay in central Istanbul. Click here to explore the options.

Tickets for Istanbul Basaksehir games can be bought through Passo.com.tr.

As with all matches in Turkey, you need to possess a Passolig card to be able to buy tickets and enter the stadium. In the case of foreigners this is a pre-paid card. You can apply for a card on the Passolig website.